Author’s note: This is the eighth of a ten-part series recapping and examining the birth story of my Itty Bitty. Birth is a beautiful experience, but some can find the contents of the topic a bit squeemish. In light of this, please note that these posts are neither too graphic, nor are they full of unicorns and rainbows. They’re just the unfettered, unadulterated truth. And the truth is that birth is the most amazing experience of which I have been a part. By far. So, read on – learn, cry, laugh, but most of all, enjoy.

Not So Fun Fact: A woman in labor is generally admitted into the hospital if she is at least 4 centimeters dilated.

Want to know how big that is? Take a look at the chart below. 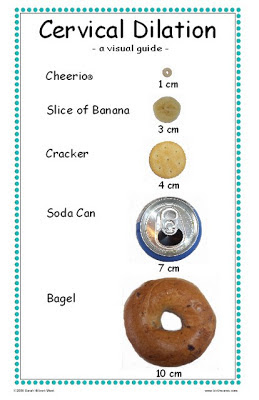 After laboring all night and morning, I was devastated to hear that I was only 3 cm.   The difference between either a “slice of a banana” or “cracker” would normally have meant that I would have been sent home.

Lucky for me, my doctor allowed me to stay, so that I could try to turn my baby around from being “sunny side up”.  She recommended that I spend some time in one of the large showers for an hour or so.  This would not only help with the pain, but might speed up my dilation.  Relieved that I wouldn’t have to drive home (god, those potholes were terrible on the way over), I marched off to the bathroom, and asked my Hubby to join me.

For two hours I labored in the shower, with my hips high in the air, head down, and swaying my hips in a big figure eight.  I carefully moved, and danced, throughout each contraction, begging my tiny baby to turn around.

I was naked, hot, uncomfortable, and disappointed that my birth wasn’t meeting my preconceived expectations. I felt vulnerable, alone, and raw. But, conversely, I felt more determined than I ever had in my entire life.  I was going to do whatever it took to get that baby out of me.

We left the shower after two hours, and were brought to my birth room. After by examined by my doctor, she told me that I was 5cm dilated (wihoo), but that my tiny baby was still sunny side up (boo.) Essentially, he was going the wrong way down a one way street – by being in posterior position, when he was supposed to be an anterior position. 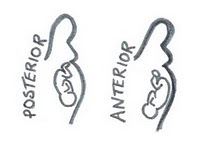 Our nurses and doula helped guide me into many positions to try to turn Itty Bitty around.  The main goal was to keep my belly low – hoping that the little guy would move his back towards the low center of gravity. 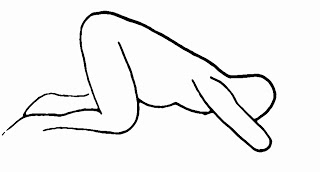 In one position was asked to put one leg up on the bed,  and lean over.  I remember saying I felt like Captain Morgan.  God, I could have used a drink! 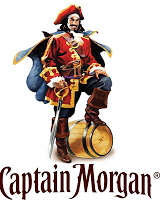 I didn’t use the labor tub or birthing bouncing balls like I planned (and was really excited about), nor did I get into the yoga positions I had been practicing for weeks.

I couldn’t do any of this because of one reason: all of my preparations and plans were for a baby who was facing the right way.  Naturally,  my stubborn tiny baby was facing the wrong way.  The problem that faced me now was the fact that I had no idea what I was doing.  All of the moves my doula/nurses suggested felt foreign, and required a lot of physical exertion.  As a result, my labor was far more intense than any workout you could get a gym.  So, not only was I not prepared, and doing a hard workout with moves I didn’t know, but I was doing them through contractions and back labor pain.

Hours passed, and unfortunately, all to no avail.

Finally, my doula whipped out the big guns.  She took out her rebozo – which is a ginormous piece of fabric – and began a technique called “sifting.” 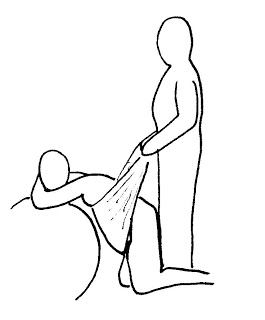 I leaned over a birthing ball, with my knees holding me steady, and focused as hard as I could to be calm during each contraction.  My doula took the rebozo, and pulled it back and forth – as if she was shining a bowling ball.

Honestly, it was like this scene from The Big Lebowski. Seriously, watch it, for just a couple of seconds to get the picture.
But instead of a bowling ball, it was my 8 pound, 2 ounce baby boy in my belly.
And guess what….
My baby finally turned around 🙂

This is the eighth of a ten-part series recapping and examining the birth story of my Itty Bitty.

3 Comments on My Birth Story, Part 8: Rebozo for Sifting Is Like The Big Lebowski Bowling Ball Scene