Two years ago, I auditioned for The Rhode Show’s Search For A Star competition.  The winner would get the job of a lifetime – a year on live TV as a morning co-host on our local CBS affiliate.  It’s a highly publicized and sought after position, and people try out from all over the country.

I had wanted to try out over the past years, however the timing had never been right…but in October of 2011, I finally decided to audition.

My resume showcased my love for music and children, how I’d been in education for several years, and my recent job as an executive coordinator in a local movie production company. I actually didn’t have any real experience on TV or broadcasting, but that didn’t stop me from trying.

You never know what you are capable of, until you try.

The only person who knew I was auditioning was my hubby. I figured it was worth a shot, and if nothing came of it, then it was meant to be. On October 6, 2011 I woke up early, put on a colorful outfit, and left for Twin River Casino – where the auditions were taking place.  I tried to hide from the cameras that were taking live pictures of the people in line, showing the world who was hoping to be the next star.  I didn’t want my face to be seen by family or friends as they were watching the morning news – not prepared for the questioning texts or Facebook comments. I wanted to try this out, alone, for me.

Only the first 100 people were allowed to audition, and I was number 44.  My numbered lanyard hung around my neck, and I marched in line to grab the necessary paperwork.  Still ducking from the cameras (which was pretty difficult because I am so tall) I found my seat, and started to mentally prepare for my audition.

Less than one minute later, I was already spotted by someone I knew (thats Rhode Island for ya! You can never hide.)

At first, I was mortified. I didn’t want anyone to know of this endeavor, in case I made a fool of myself.  But my friend walked over, beaming a smile, and sat down right next to me.

“Oh my god, you’re trying out too?!? No one but my husband knows I’m here. Don’t tell a soul,” she said as she laughed while swinging her number 46 lanyard.

I remember chuckling and telling her I was in the same boat.

“You have nothing to worry about! You’re perfect for this job,” she smiled. “I bet you’re going to win it!”

A few hours later, number 46 and I waved to the cameras.  We gave each other that extra boost of confidence.  After that, I remember waiting for what seemed eternity for my number to be called. It was after 1pm. I was hungry, thirsty, and my nerves were raging.  I recall being relieved that the judges had just eaten lunch, thinking that might actually help my chances.  WHY?  People are always happier with food in their bellies.

During my interview I talked about how much I love the Scituate Art Festival and seal watching at Rome Point.  They asked me to whistle (in my paperwork I wrote down that it was my hidden talent) but my lips were too dry because of my nerves.  Instead, I decided to sing…and had a massive brain fart and sang the chorus of “It Don’t Mean A Thing If It Ain’t Got That Swing.”

I think my entire audition lasted 5 minutes.  I called my hubby as I reached the parking lot.  He asked me how it went, and I told him the truth.

“You were probably fantastic.” he answered.

Two weeks later, I was stunned to receive a phone call from the Executive Producer of the show.  I had made the cut, and was part of the Top 20 semi-finalists.  I immediately informed my current (and amazing) boss, and he gave me his blessing.  He told me to “swing for the fences!”

And that I did. 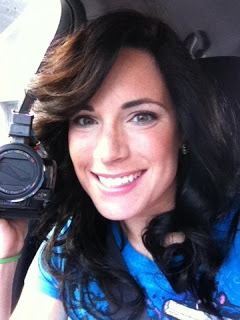 I gave the competition everything I had, told everyone I knew, and worked my tail off.  Having known absolutely NOTHING about television, I tackled each assignment like one of my old college assignments.  Staying up late, asking for feedback from family and friends, and putting my performance skills to work!  I made it to the next round – the Top 5! 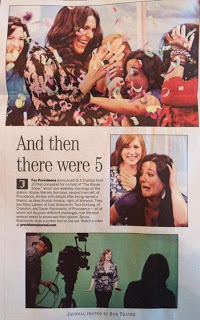 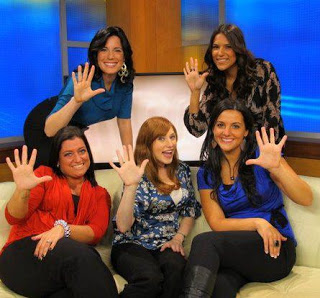 I had a lot of fun auditioning, because I was 100% myself.  I am goofy, sing old big band tunes, and adore strolling art festivals.  I was true to who I was in each of the videos I made in the competition.

During the Prime Time Search For A Star finale, oddly enough, I was incredibly calm.  I knew that I had given the competition my all.  If I was meant for The Rhode Show, and The Rhode Show was meant to be – then I would win.  If it wasn’t the right fit, then I would move on – no regrets.

My friend, #SFAS audition number 46, was right.  I won, and had one of the most amazing years of my life! 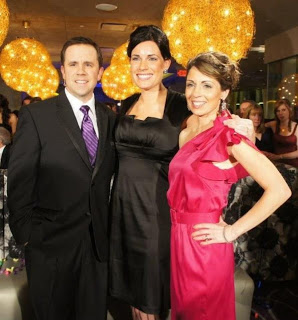