Author’s note: This is the first of a ten-part series recapping and examining the birth story of my Itty Bitty. Birth is a beautiful experience, but some can find the contents of the topic a bit squeemish. In light of this, please note that these posts are neither too graphic, nor are they full of unicorns and rainbows. They’re just the unfettered, unadulterated truth. And the truth is that birth is the most amazing experience of which I have been a part. By far. So, read on – learn, cry, laugh, but most of all, enjoy.

I was running on borrowed time…

My Itty Bitty was coming very soon and there was no stopping it. So, I wasn’t going to whistle past the graveyard. Instead, I made sure the last few weeks in March, and the first week of April were completely booked with social get-togethers. Knowing my time alone (aka: pre Itty Bitty) was at a premium, I had breakfast dates, lunches, and evening strolls planned with friends from all aspects of my life.

I knew I wanted to see everyone before I had my tiny baby, just one last time. I felt like Sean Astin in the Goonies, “It’s our time down here!” I thought, well, I knew, my Itty Bitty would be showing up at the end of the month. As a result, I didn’t think much of it when, on April 2nd, I started to feel uncomfortable in my lower belly. I had plenty of time to keep seeing friends, right? Who knows, maybe there was even enough time to even find One Eyed Willy’s gold?

April 3rd, however, was a different story, because that night – I lost my mucus plug.

I feel like I have to take a shower after saying that term. What a nasty name for something that is generally an early sign that you are going to be welcoming a beautiful baby into the world. Some people think it should be renamed because it sounds disgusting. But, like lots of pregnancy terms, they weren’t invented for style or beauty. They were thought up by pragmatic nerd-boy doctors who get straight to the point. Thus, the mucus plug. It is what it is.

Well, ladies and gents, oddly enough, I think it is perfectly named. After coming home from our infant care class, I lost the aforementioned mucus plug.

For those of you who do not know what a mucus plug is, it’s like the cork in a wine bottle, keeping in that fine grape juice (or baby) to mature in a sterile environment over time. When it is time to enjoy the wine (baby’s arrival), the cork must come out (The mucus plug comes out in its own, thanks to a mother’s cervix dialating.) Sometimes the wine needs to breathe right away (your baby could arrive weeks later), or sometimes it is immediately time to party.

My Itty Bitty is a party animal.

“Some women might not notice the loss of their mucus plug since there is already an increase in vaginal discharge during pregnancy.”—says the American Pregnancy Assiciation. Ummmm…right, yeah…well…

I sure did notice mine….

My plug was unavoidable. It was huge – about the size of a half dollar actually. It was yellowish, slimy, and honestly looked like a giant’s booger. The plug reminded me of that scene in Harry Potter and The Sorceror’s Stone, when Harry pulls his wand out from a trolls nose and Ron says “ew, troll bogies.” 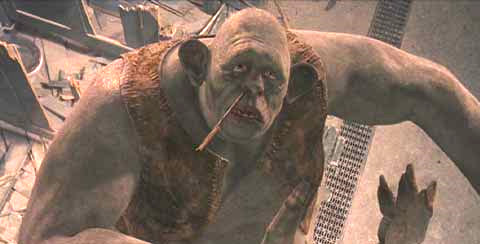 And, honestly, that’s really what the plug is like – a ginormous yellow snot. Yuck.

But, I was Mary Larsen – there was no way some mucus, snot, troll bogie, plug thingy was going to get in the way of my social life. Nope. So, April 4th I was going to have breakfast with a friend in spite of the stupid plug and the pains in my tummy. Remember, I was Mary Larsen, super woman. Nothing was going to stop me. Not even the Mt. Hope Bridge. Or would it?

This is the first of a ten-part series recapping and examining the birth story of my Itty Bitty. Click here for Part 2.

2 Comments on My Birth Story, Part 1: Borrowed Time, One Eyed Willy, and the Mucus Plug