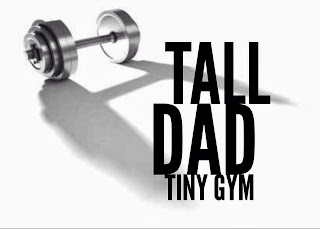 *Disclaimer – I am not a certified P90X trainer, and I am not a Beachbody Coach. I am not being compensated for this blog series.  I just really like the idea of embarrassing myself publicly.  Mary Larsen is not liable for any of the opinions expressed herein.  Don’t blame her for what this knuckle-head says.

Before we get into the pain and suffering of P90X3, you have to understand it’s origins. Without this basis, it would be like me trying to explain the rationale behind naming a kid North West, without knowing how her parents are so incredibly asinine.

There is no denying P90X kicked my ass.  It was remarkable. Proud of the twenty five pounds I had dropped, I decided to do another round of that glorious program.

But, it pains me to admit one important fact about my second round of P90X: I got bored with it.  What’s worse is that, deep down in my fat kid heart, I know that I didn’t work as hard the second time around.  It’s probably just an affectation of human nature to slack when one isn’t as motivated in their endeavor. But, because I didn’t work as hard, I didn’t lose anywhere near the same amount of weight as I did before, and it really bothered me.  Discouraged, dejected, and pissed off, I gave up. Looking back, I was such a pussy.  I was about as mentally tough as Peyton Manning in an playoff game outdoors. The weight back came back on, and I succumbed to my old habits of eating Gregg’s Death By Chocolate Cake for dinner,  shotgunning beers with my idiot friends, and spending an obscene amount of time playing Battlefield on XBOX360.

But, this is the most important question: Why did I get bored?

Well, first off – it’s easy to be lazy. There is NOTHING on this planet like Death By Chocolate. Nothing. If anyone tells you otherwise, they’re lying.  God, I get shivers up my spine just thinking about that coma inducing chocolate goodness.

Secondly, and more importantly, there’s actually some legitimate science behind my failure. Even though the idea behind X1- Muscle Confusion – (click the link for a brief 30 second video explanation of what it is) was innovative, and worked fantastically, it was, by it’s very nature, oddly limited.  Yes, the workouts changed often, which prevented the dreaded “plateau” effect.  But, even though they literally “confused” my muscles, each P90X routine only focused on one or two specific muscle groups at a time.  For example, Legs and Back, or Biceps and Triceps.  So, back to my original point – why is that boring? Look at this way, during a P90X routine, you are going to work a muscle group (e.g.: biceps) really hard, but you are going to work on only your biceps. Trust me, one can only do so many Congdon Curls before they lose their mind.  It’s probably not fair of me to say this, but, gradually, I began to feel P90X was only good for making one’s muscles look bigger.  ::in my best Arnold impersonation:: Look at how awesome my chest looks!  Behold the glistening 20 inch pythons of my arms!  I lift things up and put them down….

Were my hopes dashed? Had Tony Horton created a glamour routine as opposed to a fitness routine? Ugh, this was bad.

Just as I was about to hit the depths of being Ryan Reynolds depressed again, something special happened.  During Christmas of 2011, my dad gave me the gift of Tony Horton.  And, sure as shit, Tony had killed it this time.  My hopes were back.

Instead of putting emphasis on a specific muscle group, P90X2 took X1’s foundation of Muscle Confusion and transformed it into Muscle Integration.  Integration revamped X1’s traditional moves into routines that were exponentially harder and more complex. Ok, what does that mean, and, what in the fuck is Muscle Integration, right?

There is only one word to describe P90X2’s, Muscle Integration: instability.  For the most part, all the X2 moves are done on an unstable base such as one foot, or on a ball. In other words, you know those push-ups you mastered in X1?  Try them on four medicine balls now. King of the 40lb curls?  Do them balancing on one leg. You can hammer out 20 chin-ups?  Ok, do a chin up with your body shaped into an “L.”  Try and see if you can even do one “Impossible Possible.”   Essentially, the unstable balance work means you have to use all your muscles to remain stable, actually do the move, and not smash your face – all at the same time.  To hell with working just your biceps, now you’re engaging your biceps, legs, core, and pretty much every body part about which you can think.  This wasn’t glamour training anymore.  It was athletic training.

As it was with X1, numbers and reps were important. But now, in X2, each of Tony’s routines emphasized the importance of performance, form, and application of the exercise to the entire body.  This was fitness for being better in your every day life.  Functional fitness.  I was in love.  Seriously, my man crush on X2 is a little inappropriate.  But, I have good reason.  Tony gave my boredom a giant middle finger. Training like an athlete, performing at an elite level, and refusing to ever tap my foot on the ground during a balance move were always on my mind.  At random times of the day I’d yell out many of Tony’s lines from the routines at Tall Mom like, “there’s a fire in my buttocks!” and, “close the gap!” or, Tall Mom’s favorite, “engage your core!”  As you could imagine, with all this “engagementation” going on, it may have gotten a little hectic in the Tall House, but I’ll tell you what –  I got in the best god damn shape of my life using X2.  By the time I was done with my second round of X2, I went from being 225 to 195.  A total of 30 pounds!  Best yet, because I was so motivated, I made a specific choice to eat better and focus on keeping as close as possible to a set, and consistent, workout schedule.  Naturally, due to my dedication, my results were way better than I intended.  I worked seriously fucking hard for one hour per day – five days a week – and muscled that bad boy out over a total of one hundred or so days.

Which is why I’m a little skeptical of X3.  Getting that good of a workout in a program that utilizes only half hour workouts?  I don’t know. We’ll see. My next entry will formally introduce us to P90X3, and Tony’s new focus on something he calls, “Muscle Acceleration.”