I have been sick and in bed for about three weeks now, and my most constant companions (aside from medicine and tissues) have been my furry family members. My two cats, Khaleesi and Sassenach, have been by my side through late night coughing fits, multiple fevers, and days where I’ve just needed to sleep my illness away.
I’ve heard it said so many times, but I hadn’t believed it until now. Animals REALLY know when you’re sick. These two cats have been so gentle and loving around me, more so than they have ever been. Both spend countless hours by my feet in bed, cuddled trying to keep me warm and safe.
They haven’t judged my unwashed hair, nor do they mind that I haven’t spoken to them since talking makes my coughing worse. They just love me, and they want to take care of me in the way only cats can.
Khaleesi is the most sweet and gentle cat I have honestly ever met. We adopted her from the Providence Animal Rescue League last Memorial Day weekend, and we named her after one of our favorite characters from Game of Thrones. She is incredibly patient with Itty Bitty – even when he was a colicky, loud, tail grabbing infant. This tortoiseshell cat stole our hearts almost a year ago, and continues to be every bit as sweet! 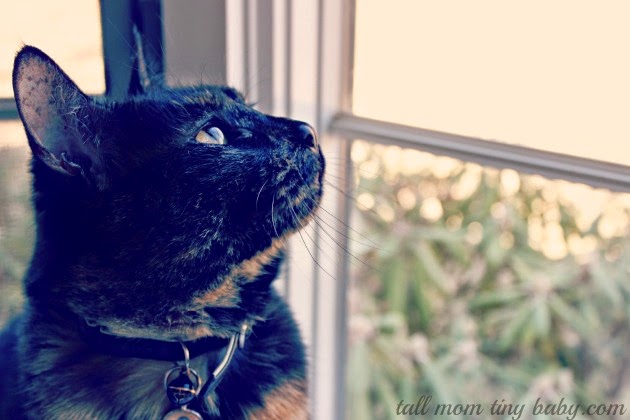 About two months after adopting Khaleesi, we came across a teeny tiny orange and white tiger kitten, who was just about four weeks old. He was found in the woods during a friend’s birthday party, and there was no mommy cat in sight. We asked the neighbors if anyone knew where this tiny kitten came from, but no one did. We took him home, and then to the vet, and last into our hearts. We named him Sassenach, which is a nickname lovingly used in the Outlander Series. Since last summer, he has grown into quite a large teenager cat, and is even bigger than Khaleesi. It’s crazy to think he once fit in the palm of our hand! 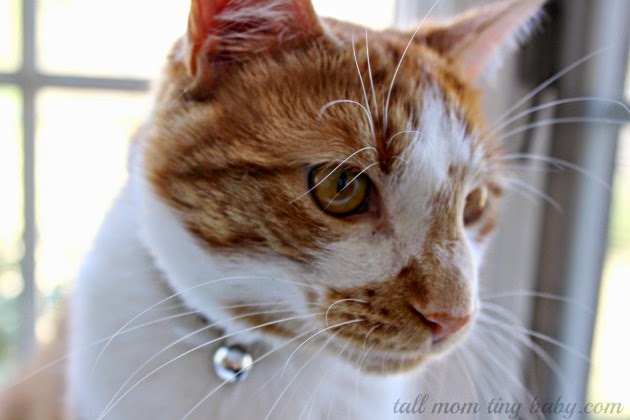 Our two cats have become integral members of our family. We make sure to keep up with their vet appointments and shots. We buy them toys and make sure all of their needs are met.  We also try to feed them top quality food.  We recently tried out the new Zero Grain Whitefish Dry Cat Food by Rachael Ray Nutrish, and it has been a hit with both kitties. 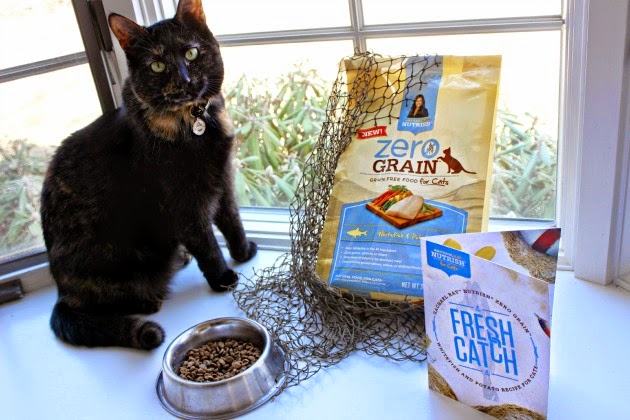 I like giving my cats this food because it is made with real white fish, a yummy protein that helps maintain strong muscles and minimizes litter box odors. There are zero grains or fillers, zero met or poultry by-product meal, and zero artificial preservatives, colors or flavors. 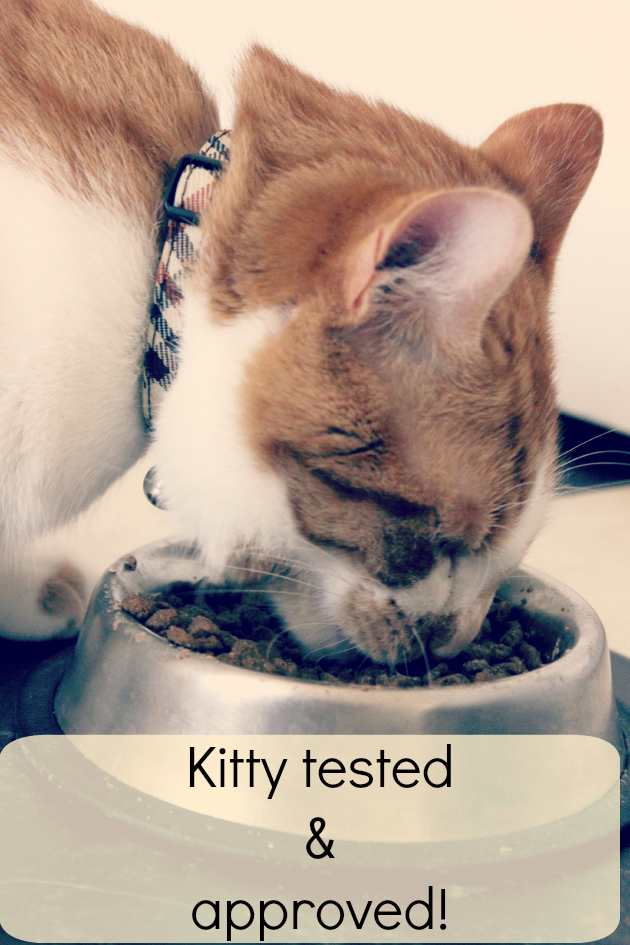 In addition to the Rachael Ray Nutrish brand being good for my cats, I was delighted to find out that Rachael’s personal proceeds go to Rachael’s Rescue, created to help shelter pets. As of today, over $9 million has gone toward food, medical supplies and treatments for animals in need.
They are the first premium brand that is only available in your local grocery store, as well as mass retailers like Target, Walmart and Amazon.
It makes me happy to know that I’m not only taking care of my furry family members by feeding them this food, but that I’m also helping contribute to other shelter cats in need!
I’ve loved my cats since we adopted them, but after this month of being sick, our bond has gotten even stronger. They love me, through sickness and health, and I’m so thankful that we have such loving furry members in our family!
So now I want to know — do you have any pets? Have they acted differently around you when you’ve been sick?

Talk soon friends, and hopefully I’ll be on the mend!

1 Comment on Taking Care of Our Furry Family Members