I’ve been a dad now for just over three years.  It’s been terrible, fun as hell, tiring, and my heart has expanded in ways I never thought possible.  Of course, the main love of my life has been, and always will be, my wife.  But, I’ve come to realize that even though I always put my wife first, there is something different and special about one’s relationship with their own child.  That relationship is full of firsts, crying sessions (both adult and child), sleepless nights, booboos that need to be kissed better, and temper tantrums.  Well, come to think of it – relationships with your partner sound pretty similar to this too.  But you know what I mean.

While being a dad is a special privilege, and it’s never been short of something new that happens every single day – I honestly think I had my first REAL “dad moment” a few weeks ago.  And, oddly enough, it was at McCoy Stadium.

To me, a “dad moment” is a particular time in your life when you can stand back, see the special nature of the situation your in with your kid, and have it be a time that’s unique to only a dad.  For example, I am positive that my dad had those kind of moments when he danced with my sisters at their weddings.  Or when he and I went out for our first ride on motorcycles together after I graduated college.

Only a dad can dance with his daughter at his wedding for the father/daughter dance.  And, I feel like, for the most part, riding motorcycles together is a father/son type thing.  (Although, there are plenty of women who ride, and they are just as badass 🙂

Like I said, my life with my children have been full of these cute moments I get to share with my wife and extended family.  Whether it’s Rhys running naked through my dad’s house on Christmas Eve night, or Felicity’s first words being “dada.”  Or, laying my son on my Trot Nixon Red Sox jersey (a jersey that I’ve had since high school and have worn to Fenway Park, spilled beers on, dropped hot dogs/ketchup on, draped on my back for weeks at a time during college while they broke “the curse” in ’04, worn AT the clinching game of the ’13 world series and countless other times) during his newborn photo shoot.  These were all special, almost surreal moments. 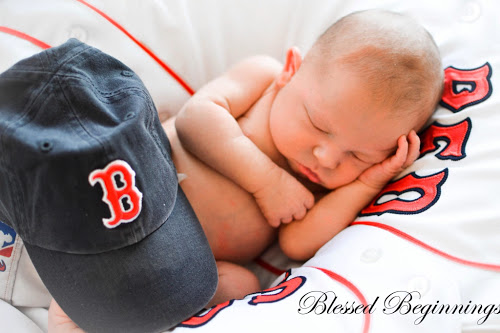 But my first REAL “dad moment” came in the form of taking my little family to McCoy stadium recently, and watching a LIVE baseball game.

You see, I started playing baseball when I was 5.  I even grew up playing baseball literally every season of the year from when I was 10 til I was 18. Winter, spring, summer and fall. My dad was my coach my entire life and it was super special to me.

In fact, my first baseball game I ever went to was  in 1990 and my Dad came to my school, got me dismissed for whatever reason, and took me to see the Red Sox play the A’s at Fenway during the American League Championship Series.  I was seven – skipping school to see the Red Sox.

Awesome, right?  That must have been a serious “dad moment” for him.

So my “dad moment” was relatively the same.  Of course, there was no school for me to take Rhys out of yet, as he’s only three – but when we walked up to the field, right in the family picnic area on the right field sideline, he had the same reaction I did when I saw the majestic green grass at Fenway when my dad took me, “wow dada – it’s beautiful!” 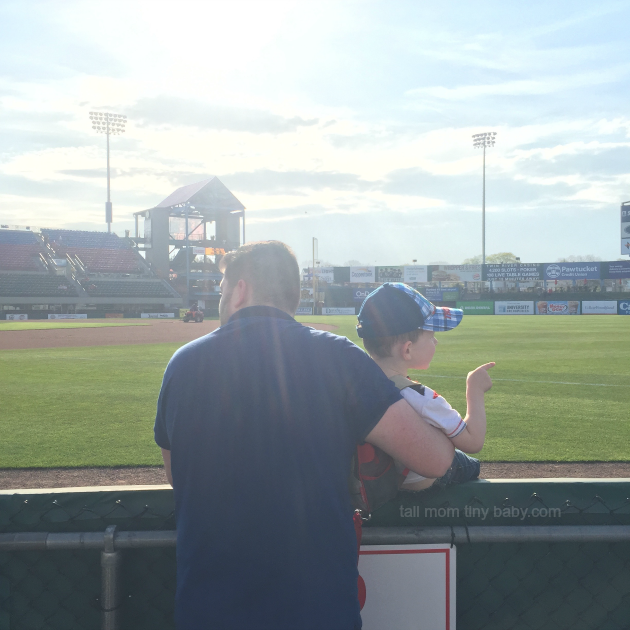 I kid you not – my son literally looked at a baseball field – nothing more than dirt, grass, fencing, and chalk lines – and said, “it’s beautiful!”  The same exact freaking thing I said my first time (or at least I’m told it’s what I said.)  Regardless, something in my brain clicked and I immediately started to tear up.  This whole interaction, while I held him on my hip and he pointed out to the guys doing field work, was more than surreal.  It was more than emotional.  It was like an out-of-body experience.  It was as if I was able to pause time, step back, and see how incredible having a son truly is.

Of course, Rhys and I have watched endless amounts of baseball games on TV together.  Whether we’re directly watching it with intent, or if it’s on in the background while he and I are playing/doing chores – he knows what baseball is, what the bats do, what a pitcher is etc.  He is familiar with what happens, why it happens, and who is who. 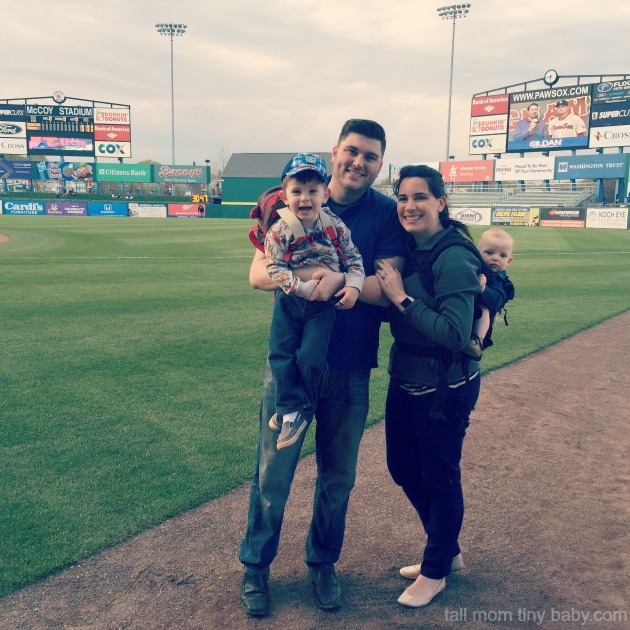 Because my wife rules, she was able to arrange it so myself, Rhys, she and Felicity could walk through the bowels of the stadium and see all the clubhouses, memorabilia, and get a guided tour. And, as any proud baseball dad would do, any time the guide asked trivia questions about the Red Sox of the group, I kept feeding my son the answers to make him look like an all star.

From there we were able to walk onto the field itself and actually feel the grass on our feet.  For some reason, Rhys, like me, has an obsession with the grass on the field.  All he wanted to do was touch it.  (In all fairness, there really is NOTHING on this planet like a perfectly manicured baseball field.  The look, the feel, and even the smell of it is intoxicating.) 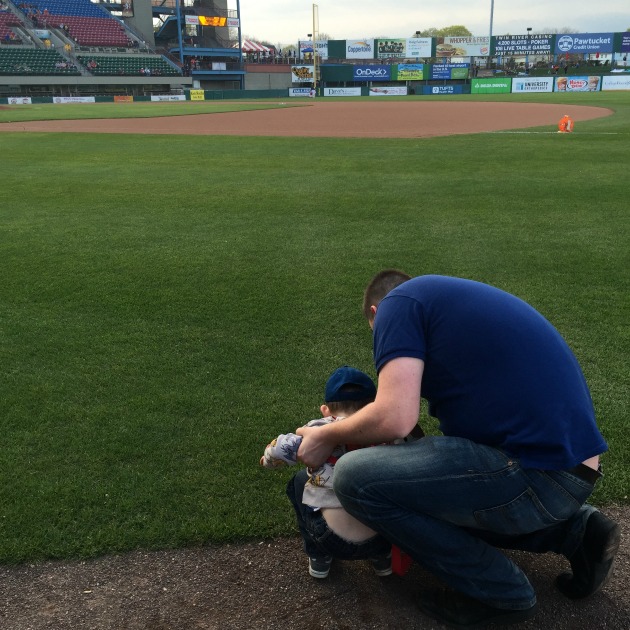 We then watched the opposing team’s pitcher warm up with the catcher and they were standing no more than 15 feet away from us.  Rhys saw the gear on the player and immediately knew he was the catcher, and we talked about playing catch, throwing “long toss,” and what the guy on the tractor was doing to the dirt – for the record, he was dragging the field 😉

As the game started, we listened to the national anthem with our hats over our hearts and roared with the crowd when the PawSox got a hit or scored a run.  It was such an unexpected pleasure to teach him the basic details of what a live baseball game experience entails – between the smells of the sausage, how to hold your hat on your chest for the national anthem, what a program and scoring box looks like, and all the sounds of the wooden bat, the crack of leather gloves, or what it is like to say, “Let’s go 2-5! See it and rip!”  Or, my personal favorite, “C’mon Blue – horrible call!” God, I was so proud. 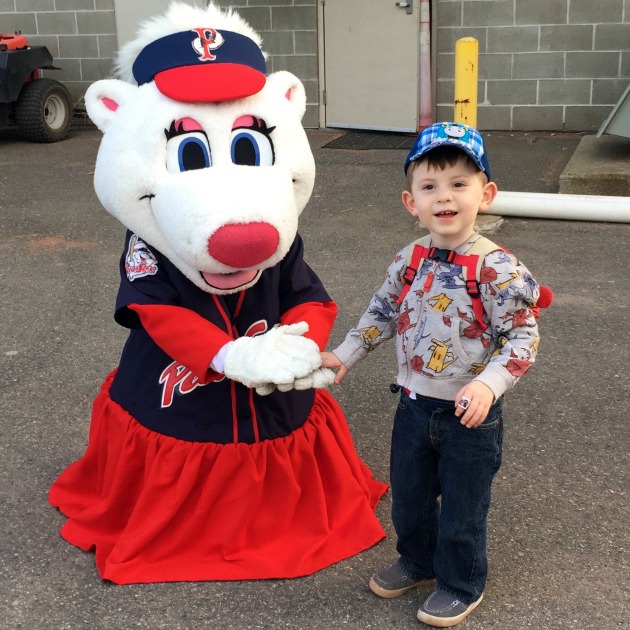 It’s funny – I always knew I wanted to take Rhys to a baseball game, but I never thought about the impact it would have on me.  I never anticipated the feeling of pride while I taught him certain sayings, actions, or respect for the history of the game that was taught to me.  It was kind of like a right of passage for him – but more importantly, me.  It was a beautifully self-aware moment.

And when I think about it, it was my first real “dad moment.” 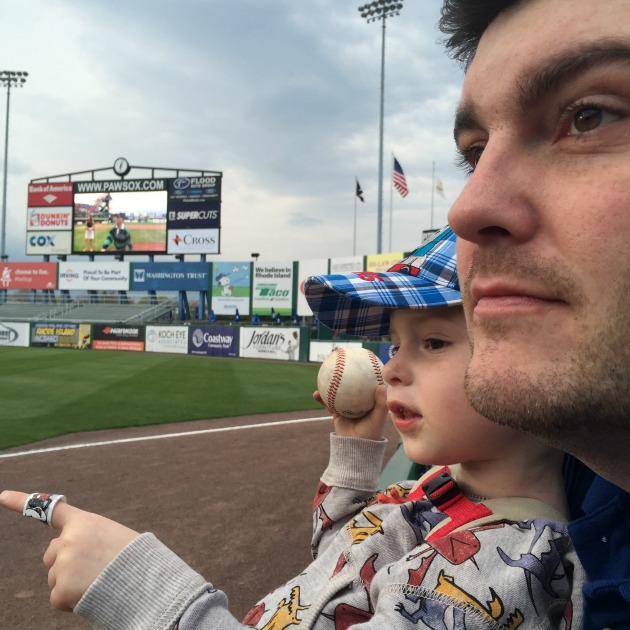 How amazing is that?

Have you had your first dad moment yet?  What was it? Disclosure: Visit Rhode Island invited us to see McCoy stadium. All opinions are my own.  #RISpringBreak