After learning that our itty bitty baby had choroid plexus cysts, which may be soft markers or indicators of Downs Syndrome or Edwards Syndrome, we decided to get a level 2 ultrasound. I knew that I would do everything I could for this baby, and would not terminate the pregnancy no matter the results, but we also wanted to be prepared. 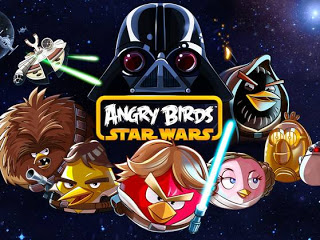 After waiting for five days for this appointment, I was anxious, stressed, and exhausted. I distracted myself in the waiting room by playing Star Wars Angry Birds, but had turn my phone off after repeatedly failing the same level over and over again. Our attention turned to the television, where a poorly acted soap opera scene was taking place in a doctors office just like mine. On the show, a beautiful, perfectly coiffed young teenage girl was debating whether or not to terminate her healthy pregnancy. I sat there with a complete scowl on my face, almost getting the nerve to go and turn the tv off myself. I was so furious that I was having to be subjected to this plot line, as I myself would soon be finding out if my baby would even be able to make it into this world. Right before I was about to stand up and turn off the television, my name was called.

First we met with a genetic counselor, who sat us down and talked about the findings I our baby’s anatomy scan. Then came the first batch of good news, my blood work results had finally come in, and they were spectacular. Based upon blood work and our first ultrasound, our itty bitty baby had an incredibly small chance of having downs or trisomy 18. The counselor stressed the point that the results couldn’t look any better in terms of blood work.

Next we learned about what would happen in today’s ultrasound, and the other tests we could take in the future. Today’s sonographer would not be talkative or smile and tell us “this is it’s foot, and that’s it’s stomach,” as others did in the past. Today’s ultrasound was all business. This tech was specially trained in looking for markers or signs that there may be something wrong with our baby. After the ultrasound, a specially trained doctor would come and read the results, and go over them with us.

We were escorted into the ultrasound room, where we met our sonographer. She gave me a quick look, and asked me why I was carrying so much stuff. In my arms were sweatpants and Uggs. I looked down at my arms, and told her that because I was wearing a dress I brought additional clothing. Each time I have had an ultrasound done I get super cold, and barely feel my toes. She let me throw on my extra layers, and even though I was completely unfashionable, I was ready to go.

This ultrasound was by far the longest we have had. I held Blake’s hand the entire time, and would also hold my breath whenever I felt the ultrasound stop moving. I didn’t want to blur the machine’s vision at all. We looked at black and white images for twenty minutes, barely understanding what we were looking at. Silently I was asking myself – is that a stomach? How about a kidney? After those twenty images, I finally saw something I could make out, and it brought the biggest smile to my face. 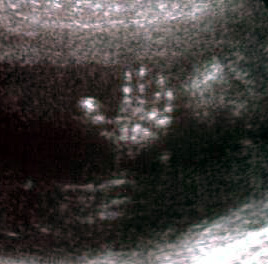 It was a bright, glowing, outstretched hand. Our itty bitty baby was waving at us. I clenched Blake’s hand to share my joy. This was one of the signs I knew the tech was looking for, because babies with trisomy 18 have clenched fists. This was the first time I genuinely smiled in five days.

The rest of the ultrasound carried on as before: quiet, serious, and all business. The tech left to meet with the doctor, and Blake and I shared a few tense moments together, and then the doctor returned. She took the ultrasound to my belly as well, and after a couple of minutes joked with us about how our itty bitty baby was already into yoga.

It had gotten itself into the plow position, and it also seemed fixated on scratching its right ear. She zoomed in and showed us out baby’s face, it’s little ear, and the hand. After this, the doctor turned the machine off, and asked us how we had been doing. Blake responded (lied) “we’ve been okay,” and I blurted out “I’ve been an absolute mess, crying and consumed by worry.”

She gave us a big smile and told us “stop your worrying. Everything looks fine.” With that, she left the room. I left the building in a sort of dream state, sweatpants and Uggs still worn under my nice work dress. I told Blake I wanted to celebrate by going out for tacos. My non-pregnant self would celebrate with a big marguerita, but tacos would do for now.

While munching away on chips and salsa I noticed that Blake had tears in his eyes. He told me that he had been worried sick all along, but needed to hide it inside and be strong for me over the past few days. Hearing this news was a godsend. For me, the tears came later. I was in shock. I had gone through so much over those days, all the while trying to mask my pain, that it took me a few days to digest the good news. We met with my OBGYn the next day, and still have a long way to go until the baby is born, but for now, our most recent fear can be put to rest.

My itty bitty baby is strong, a blossoming yogi, and loves waving hi to it’s parents.

17 Comments on We Finally Received Some Good News