Where does the baby sleep?

One of the top three questions I get asked as a new mom is – how does Itty Bitty sleep?

My response is the following:

Translation: Itty Bitty doesn’t sleep at all well-thank-you-very-much. He has never slept well.  Well, there was that one night when he slept for eight hours straight at two months old.  But that is very much the exception as opposed to the rule when it comes to Itty Bitty.  In fact, that night, Tall Dad and I didn’t sleep at all because we kept waking up out of fear that our tiny baby had stopped breathing.  Yes, our paranoia and shock over his sleep filled night was so extreme that we thought our child was dead.  Suffice it to say, however, we have not been blessed with another full night’s sleep like that since that stressful night.  The sleep gods tease us with a bit of irony every night.

That being said, we have gone through an assortment of items in which to place our lovely non-sleeping cherub. Some have worked for us, and others were more or less a joke.  Since that night, Itty Bitty has had the mantra that sleep is for the weak, and refuses to visit the sandman for any more than two hours at a time.

If your baby sleeps throughout the night, good for you. (Part of me seriously dislikes you because of my insane jealousy.  But, seriously, good for you.  The sleep gods like you.)  If your child doesn’t sleep through the night, however, I promise that you’re not alone.  But, you know that already right?  We can smell our own kind.  Trust me, I know.  Between colic and teething, Tall Dad and I have had so little sleep that we could be sho-ins as zombie extras on The Walking Dead.


Baby cribs can be ginormous, and you may not end up using one for a super long time. Our gorgeous dark wood baby crib has currently acted as our baby jail. I place Itty Bitty inside of it when I need to use the ladies room. Eventually (hopefully sooner rather than later,) he will be sleeping inside of this crib. 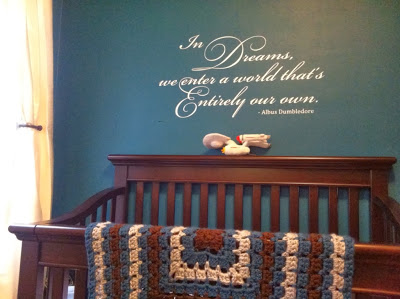 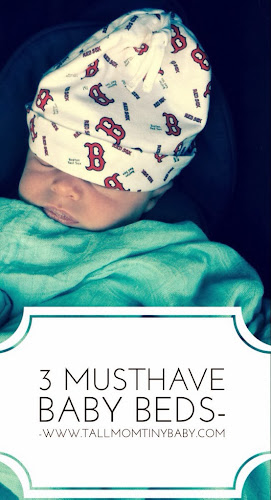 1. The Rock n Play: Our Itty Bitty hated sleeping on a flat surface for the first five weeks, so we went out and got the Fisher Price Rock n’ Play. Most moms that I know swear by it.  In my case,  I love it because it keeps the baby up in an angle, makes him feel cozy and secure, and it is super light. I would bring the Rock n’ Play into the bathroom while I showered so I could still speak to him, or I would pull it into the kitchen while I made dinner. It can go with you anywhere – is super light – and totally convenient. Oddly enough, this is one of Tall Dad’s overall top ten must haves too! 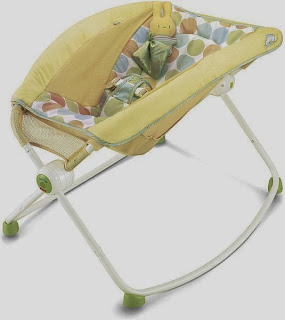 2. The Co-Sleeper: If you are hoping to keep the baby in the same room as you, or do not have a lot of space, I recommend getting a co-sleeper. It attaches to the side of your bed – yet makes sure that your little one is in their own secure little place. This has been great for nighttime feedings, since I can just reach over and take the baby out of his bed and place him into mine. 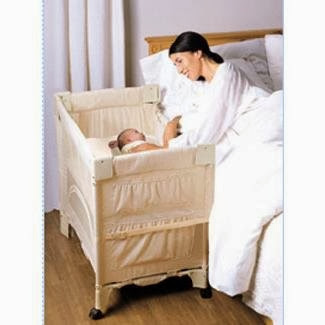 3. The Swing: Itty Bitty hates napping, but when he does, he prefers to be carried by me or in someone’s moving/bouncing arms. In light of this, we are now having him nap inside a baby swing. For the first four months he hated being in the swing, but now he takes 1-2 daily naps inside of it. He won’t be in the swing forever, but it has truly been a game changer for us. If you have a babe who wakes up outside of your arms, or just has mini twenty minute naps like mine did – try them in a swing! He now takes naps up to an hour and a half! 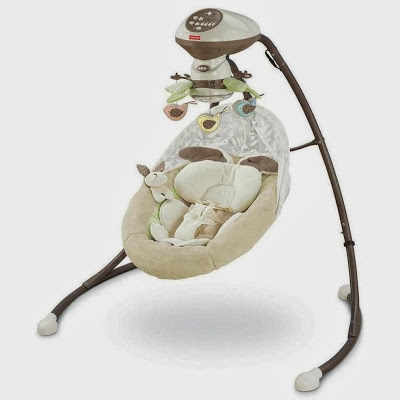 With so many options for sleep, you’d think our little guy would be snoozing all the time! Here’s hoping he starts to like sleep a little more in the future!

12 Comments on Baby Essentials: Places For Baby To Sleep