Do you remember rubbing balloons on your head to make your hair stick straight up thanks to static electricity?  Well that’s what my Itty Bitty’s hair does. But, no balloon required.  He’s all Natural.  It’s not the whole head, its just in the center top back of his head.  Just like Alfalfa’s from the Little Rascals. I assume this means my Itty Bitty is going to be a little rascal himself 🙂 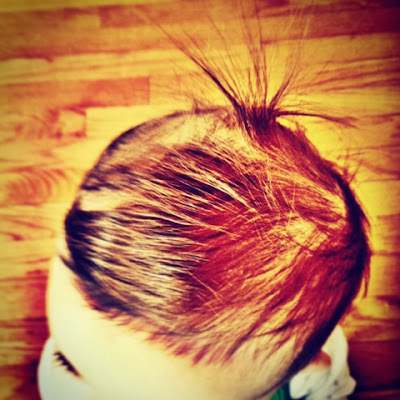 So why does his hair stand up like this? I really don’t know, but I’m going to blame it on the perfect storm of cowlicks. You see, he has two hurricane swirls in the back of his head. Sometimes they are referred to as whorls.  Whatever they are, they mean trouble.  They converge right in the center, which sends shoots of hair into one another, forcing them to go up.  George Clooney and Mark Whalberg would be proud.
Double cowlicks actually have a bad reputation.  You see, I’ve searched the internet a little bit (never a good idea – especally about medical stuff), and people have made the most wacky assumptions about double cowlicks. 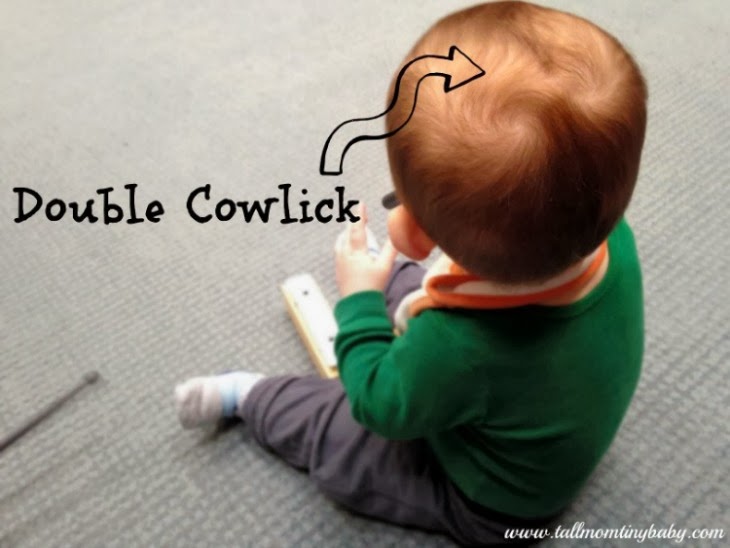 Get this:
Some people think that if a baby has a double cowlick, they are going to be left handed and be diagnosed with ADD.
Then, there are an overwhelming amount of posts about children with double cowlicks or whorls having….wait for it….autism. Yeap, that’s right folks. The good old internet has solved another mystery.
Seriously? Autism because he has double cowlicks?  Who think’s this stuff up?  Oh that’s right, thanks Jenny McCarthy… (not really, but you get my drift.)
As I read these outrageous accusations, I decided to pour myself a glass of wine and see what other bogus things people thought point towards autism.  The list includes:
buddha bellies
chubby legs
slow growing hair
clogged tear ducts
and ears that stick out.
My kid has, or had, all of those. He was chubby as could be (especially around 3 months old,) still has short hair, and couldn’t see out of his left eye for a month thanks to a super-glued-shut-clogged tear duct.
But none of this means he is going to have autism.  If he does, it sure as heck isn’t because of his adorable ears or chunky thighs.
So for the love of Pete, if you’re reading this and worried that your baby’s double cowlick means anything, take a breath. 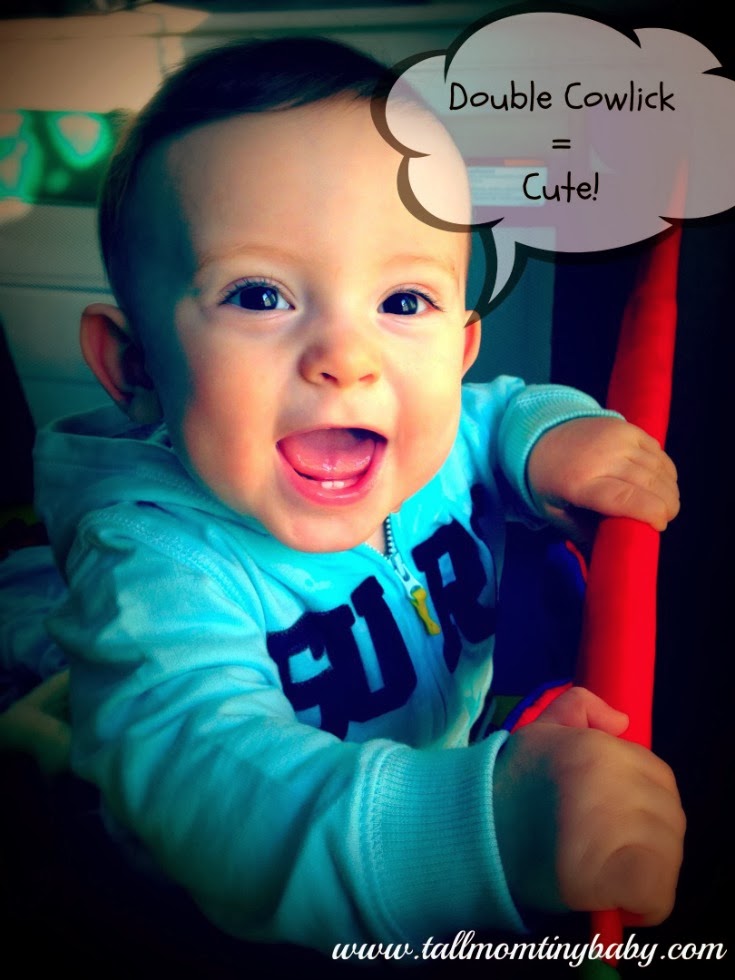 It means your baby is infinitely cute.
And you may need to invest in hair gel in their future.
What outrageous accusations have you come across on the internet?