Poor Itty Bitty has a big problem: His head has started to flatten on the back. And as handsome as I think he is, the flat spot is kinda unattractive. 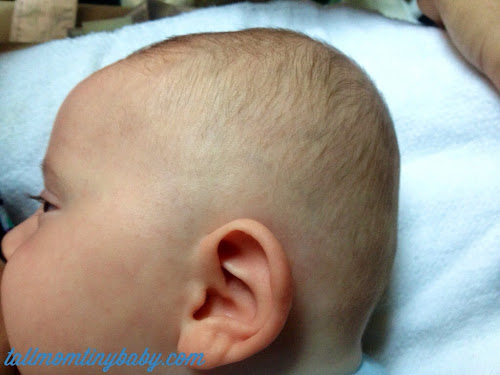 Plagiocephaly, otherwise known as Flat Head Syndrome, is extremely common, especially since parents are now advised to place their babies on their backs to sleep. In fact, nearly half the babies in the U.S. suffer from a case of Flat Head Syndrome.

To be honest, despite those odds, I’m rather shocked that Itty Bitty has a flat spot. Aside from sleeping, my tiny baby rarely rests on his head. I’m ALWAYS carrying him.

But, I suppose if you add up all hours that he sleeps during the night, in addition to his mini naps throughout the day, I guess it does add up to a substantial amount of time where he inadvertently rests on the back of his head.

So Hubby and I have decided that we are going to actively start fighting against Flat Head Syndrome. No were not going to start some charity, or create a creepy scholarship in his name. We’re just going to start paying more attention to how he rests and goes about his day. 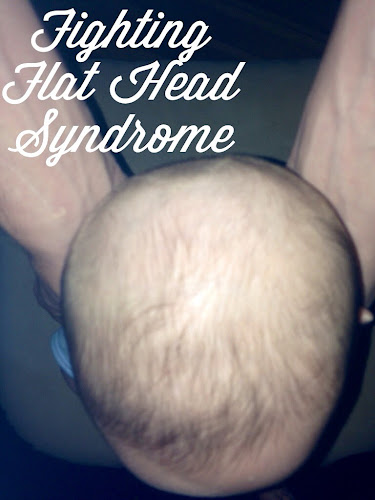 How will we do this?

1. Wear our Itty Bitty in a carrier, as often as possible. 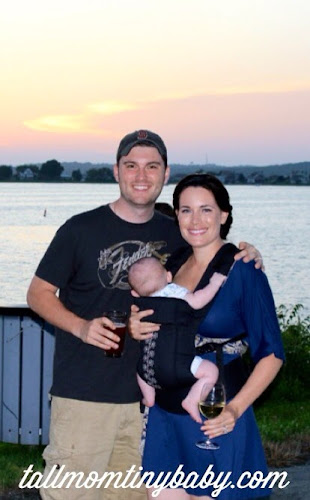 2. While our tiny baby sleeps at night, we will try to turn his head to the side, so as to alleviate the pressure off the back of his head.
3. He will wear the Tortle when he sits in the car seat, the stroller, swing, and during his naps.
** Update – the hat never really seemed to stay on my son’s head. We got him the largest size, but I guess his head was still too big for it (we started it when he was a bit older.) I think it really just annoyed him rather than helped. I found the other methods worked better.** 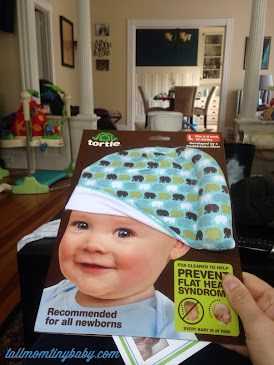 4. Continue to work on tummy time each day, especially after each diaper change. That way I remember to do it frequently, and he will hopefully be in a happy mood.
5. Alternate the direction I place Itty Bitty on the changing table. This will work on his neck strength, as he will work on turning his head towards me. Simple, and something I do multiple times a day!
6. Remind myself that I have a few flat spots and lumps on my own head, and to not take it too seriously if his head isn’t a PERFECT rounded head. He’s still perfect to me.

I’ll let you know how everything goes-wish us luck!

Do you have any tips on how to prevent or fix a baby’s flat head?