It started off as a pretty crummy morning.

But by the end, I had a pretty big smile on my face…

Here’s how it all went down:

First, I forget that I had an appointment. I tumbled out of bed, threw on jeans and an only slightly smelly t-shirt (that may, or may not have been covered in baby puke and dried food) and ran out the door at 6:30 am.  My cold car frantically sped through the city as I made my way to Women and Infants. 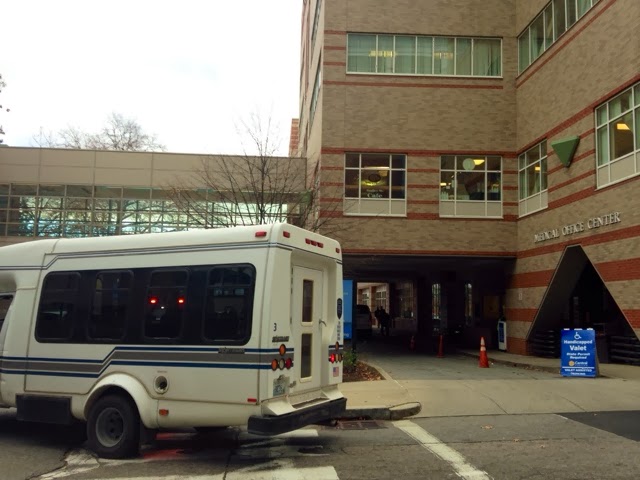 Yes, Women and Infants.
For an ultrasound.
No, silly, not THAT kind of ultrasound.  (Holy crap, Tall Dad and I would be in trouble.)

No, I was there for an ultrasound of my breasts. 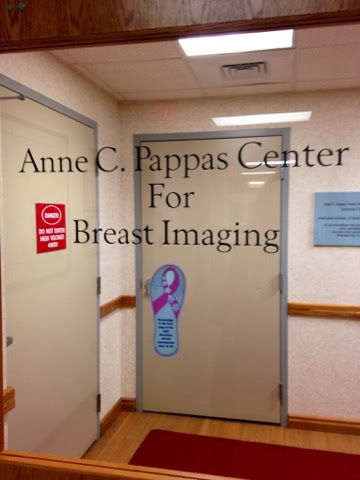 Before last month, I didn’t even know ultrasound machines were used for anything other than pregnancies. I know, I’m naive.  But after a little research about breast exams for breastfeeding mommas, I learned that women who are unable to get mammograms can get ultrasounds of their tatas instead!

My mom is a breast cancer survivor, which is awesome, but it also means that I need to take my breast health seriously. So, I marched into the breast imaging center ready for business.  But, as it is with the tragedy of being a new mom, I had to made a quick stop at the bathroom.

After washing my hands I realized my morning was getting worse by the minute.  As you can see from the photo below, I was wicked smaht and placed my jacket underneath an automatic soap dispenser. Now it had slime all over a sleeve. Nice. 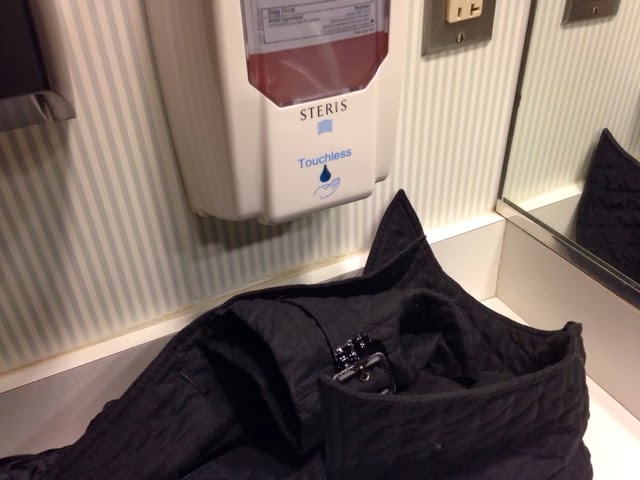 My soap spattered jacket and I went back into the waiting room, where I filled out some paperwork, and was brought to a changing room where I was to slip into a johnny.

As I began to undress, I was horrified, mortified, petrified and pretty much any other “fied” word about which you can think. Why?  Well, it’s a small detail I suppose.  It’s just that I hadn’t showered (In what may, or may not have been a couple of days…) and that meant my armpits hadn’t been shaved. NBD, right? Good lord, my technician’s first morning appointment was going to be with a stinky, hairy, stressed out beast-of-a-mom.  Raise your hand if you’re Sure!

Plus, the johnny they gave me had an awkward gap in the middle. One could say it was a trendy cutout circa Felicity in 1998 – but, alas, it was just a stupid loose gaping hole. I swallowed my sexy gal pride, and walked back out into the waiting room, albeit 20 degrees colder. 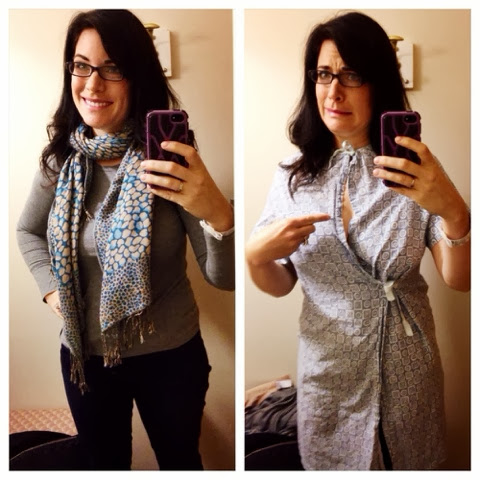 After thirty minutes inside the examination room, I left with a completely different mindset.

Sure, I was stinky, hairy, chilly, and an overall hot mess of Lucille Bluth proportions. But I also had perfectly healthy and normal breasts, and was told that I have nothing about which to worry.  I  just have to keep up with my regular visits  and undergo a mammogram next year.

7 Comments on I Went In For An Ultrasound