*Disclaimer – I am not a certified P90X trainer, and I am not a Beachbody Coach. I am not being compensated for this blog series.  I just really like the idea of embarrassing myself publicly.  Mary Larsen is not liable for any of the opinions expressed herein.  Don’t blame her for what this knuckle-head says. 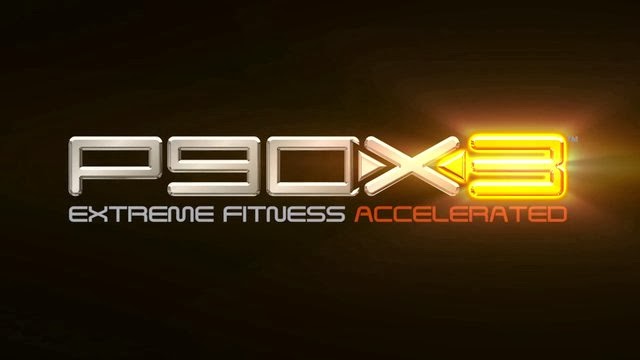 Well, in part, Tony Horton has taken everything (good and bad) that he learned from X1, and X2 (in both scientific advancements and practical application) and put it into the giant soup of P90X3.

We’ve already discussed some of the downsides of X1, and, by now, you also know about my inappropriate obsession with X2.  Despite my man-love of X2 however, I will admit that there are some drawbacks to that program too.

The hard truth about X2:  The routines were long and required a lot of equipment (if you wanted the proper workout as it was intended.  See picture).  To be honest, I couldn’t give two shits about the added apparatus (because they only enhanced the workout).  It is, nonetheless,  a valid complaint.  Well, there’s a little Hater-ade going on by the X1 snobs there too.  But,  hey, I’ll go along to get along.

What Tony did about it:  X3 is a program that incorporates the raw power and Muscle Confusion of X1, with the complexity and Muscle Integration of X2, but the only equipment you’re gonna need are a pull up bar, dumbbells, your arms and legs, and gravity.  Nothing else.  Best of all: instead of the standard hour, now you only need to spare a half hour of your day for the workout!  How is this all possible? 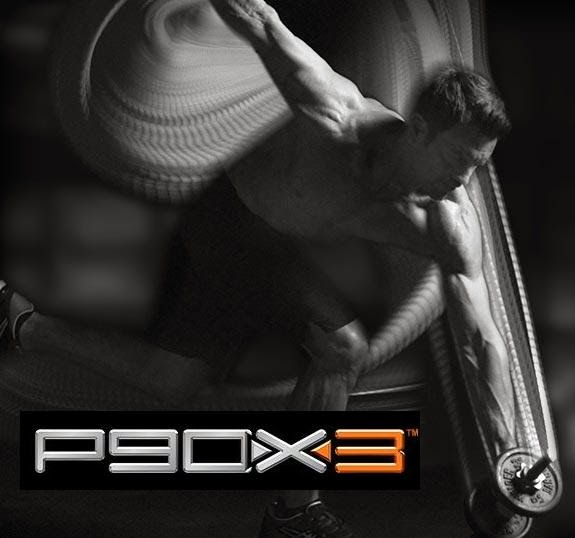 The reasoning:   Muscle Acceleration is defined by the intensity, and application of your workout.  Many studies show that most people push their hardest within the first 30 minutes of a routine, and, because of that, their most powerful transformation happens during that short time frame.

The goal of Acceleration: Instead of doing sixteen different moves in sixty minutes – like in X1 and X2 – now you’re doing those same sixteen moves within thirty minutes.

A shorter workout with the same results? WTF!?

Damn straight. You read that right.  It’s possible because:

The science behind Acceleration: Quickly push a targeted muscle group to it’s extreme integrated limit, and then back the intensity down to regroup.  In order to maximize your results, you must let the muscle recover during a small break of about fifteen seconds.  Then, rapidly change the integrated move, and push the aforementioned muscle group in a completely different/intense manner to another extreme limit.

Get to the point, Tall Dad: Ok, fine.  Don’t be so damn rude about it.  Ugh, dick.  Anyway, why make X3 when the first two ruled in the first place?  Well, as with all sequels,  I’m sure the impending truck loads of money didn’t hurt the equation.  But, there is actually a legitimate reason behind the third iteration of P90X.

Tony and his crew did a TON of research on the viability of X1 and X2, and they found most people quit those programs half way for many reasons – most of them also being why I too failed – initially. They got bored. They thought it was either too hard, too long, or too much as regular people have day jobs, three kids or whatever hundred other reasons ::cough:: excuses ::cough:: they could find.  Pick your poison.  So,  having Tony discover a way to trim his program down to a half hour made sense.

The real life sense: Beachbody (the owning company of P90X, and other fantastic programs like Insanity, and TurboFire) engaged in many test groups to prove the theoretical results of X3.  What they found was pretty remarkable.  The average fat loss for the X3 test groups were an impressive 34%!

Why did it work so god damn well?

The test groups highlighted the importance of one crucial fact: they had to work their hardest for only a half hour.  Even from the very beginning of the workout, there was the proverbial, “light at the end of the tunnel,” always staring them down.  So, inevitably, they worked harder in what is already established as the most important part of a routine: the first half hour.  Mindful of the oh-so-fucking-close finish line – they pushed harder to get there.

The supposed final result:  X3 is a faster, grittier, and more intense program than either X1, or X2.

Thus, the supposed beauty of X3.  Tony wanted to to find a way “to get people ripped – P90X ripped – in just a half hour a day.” With Muscle Acceleration, he may have done just that.

***Many special thanks to Tall Mom for helping me edit this post, and getting it to make sense to normal people.  It was a complete mess before she got her hands on it.

2 Comments on Tall Dad tiny gym – P90X3, Muscle Acceleration, And Getting P90X Ripped In Just A Half Hour {Guest Post}