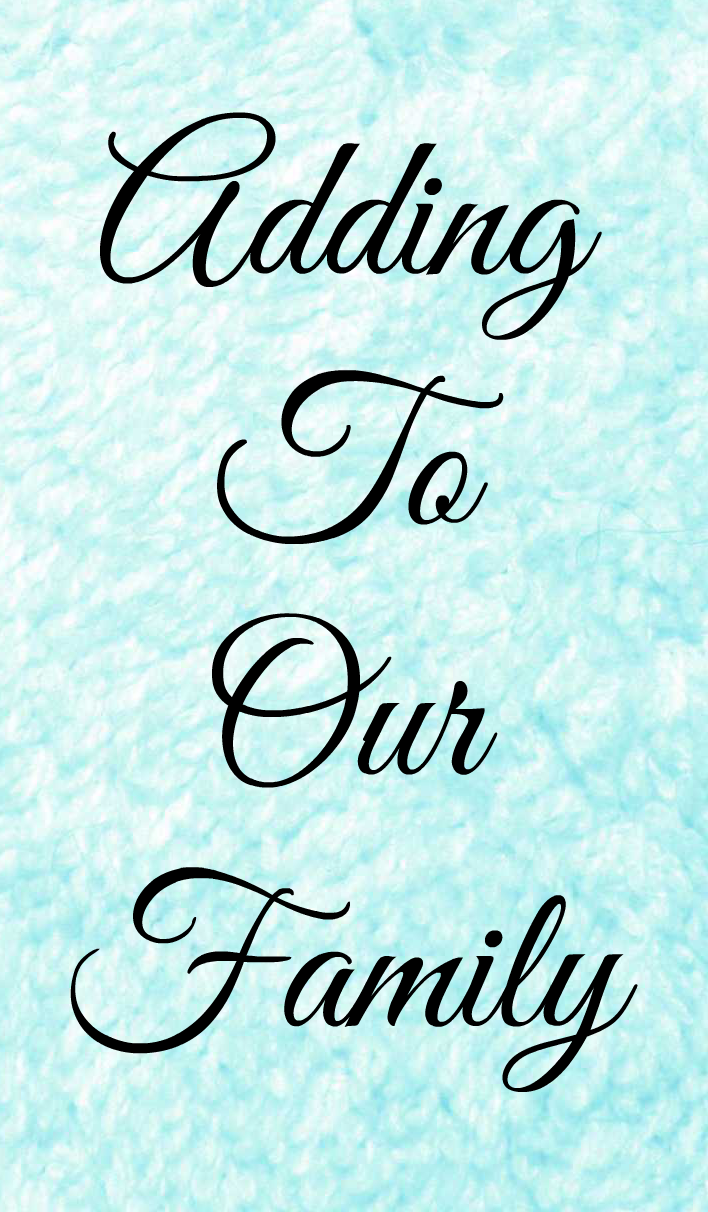 Our family is about to get bigger.

Christmas cards will have not just 3 Larsens, but 4.

I’ve had been going through a relatively tough time recently, and sometimes, painting my nails pink can’t fix the mood I’m in. That’s exactly what happened on Memorial Day weekend. I tried to get in the spirit of kicking off summer, but it just didn’t feel special. I was in a funk. So I turned to Pinterest for inspiration, and decided that I wanted to get a terrarium garden.

“I want to make a memory.” I said to Tall Dad that Sunday. “Can we go to a gardening store or a nursery and get a pretty plant? I want our tiny apartment to feel more like a home, and I think that might help.”  I really needed something to brighten me up.

He looked at me lovingly, and reminded me about the time I killed bamboo, and suggested that a terrarium might not be the best idea for me. Plus, he said, our Tyrannosaurs Rex – like – baby would probably knock the whole thing down in 2.5 seconds.

Tall Dad must have seen my face drop, because he suddenly scooped up Itty Bitty, and proclaimed, “come on, let’s go look at cats.”

We’ve never looked at cats, nor dogs, not even plants. I’ve said countless times that I’d love to have a kitty of our own, and how I grew up with cats, but Tall Dad has vehemently told me he hates cats. I had no idea from where this sudden enthusiasm for felines came. 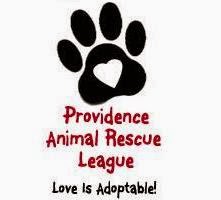 We pulled up to the Providence Animal Rescue League, and I quickly unsnapped Itty Bitty from his car seat.

“We are going to see cats!” I cheered.

“While we are here let’s also look at some dogs. The baby may like dogs too,” Tall Dad suggested in a way that seemed like he was dismissing cats from the get-go.

I didn’t care, either way we were making a memory. Itty Bitty absolutely loves cats and dogs. He even does sign language for dog, and calls cats “gat.” Whatever happened, I knew he was going to be in furry heaven.

The Providence Animal Rescue League was open that holiday weekend, but much to Tall Dad’s sadness, the dogs were off limits. I guess one of them was super sick, so they were all being quarantined. We were told to check out the cats and if we wanted to play with one individually, they could bring us to the cat meet and greet room.

We walked down the hallway towards the cages, Itty Bitty babbling away and waving at the random caged kitties. We turned a corner, and that’s when I heard her meowing at us.

A beautiful black and brown cat, brushing against her cage just begging to be pet, named Heather. She meowed a little hello, and I picked Itty bitty up so he could see her. His super fast tiny hands shot towards the cage, and for a moment I feared he was going to either scratched or bit – but this kitty did neither. She instead purred and let him pet her.

She played with us in the meet and greet room, and even let Tall Dad pet her. Itty Bitty’s incredibly loud screams and shrill sounds didn’t seem to phase her, and neither did when he pulled her tail. “I think she’s deaf…either that or this is the most easy going cat around!” I said to Tall Dad.

We played with Heather for a few more minutes and then decided to visit a few more cats. None of them were incredibly fond of Itty Bitty’s rock star singing and shrieks. They would cower and ruffle their fur in agitation. I felt like Olivander handing Harry Potter different wands to try out.

Then we took Heather back out, and Tall Dad asked me if she would make me happy. Would I like to adopt this cat? He was impressed with how well she took to us all. Even though he wasn’t a cat person, I could see that he kinda liked this one.

So we decided to adopt Heather, who we are immediately referring to from this point forward as Khaleesi.

She had joined our family, and will hopefully grow up with our tiny baby and enjoy many happy years ahead with our family. 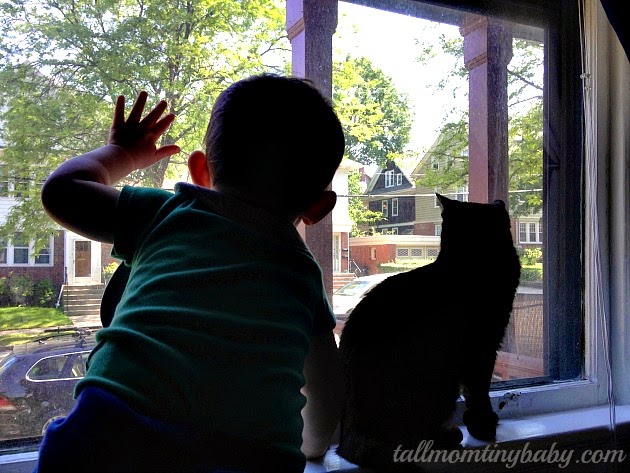 We created a memory. And what a lovely one it was!

(stay tuned for Tall Dad’s side of this story – coming out tomorrow on the blog!)

What tips do you have for welcoming a new pet into a home that has a toddler?

8 Comments on Adding To Our Family