OK, so I’ll admit it – my kid is a pain in the butt.  I actually look forward to the time when he goes to sleep. Why? Because it gives me what I need – “me” time.  Sometimes, I need time to geek out and do the things I love.  Obviously spending time with Tall Mom is important me too, but “me” time is just as important.  That being said,  I’m not cool anymore – I have a wife, a kid, and two cats. In other words, a veritable recipe comprised of all things uncool.  It’s easy to say that all nighters, raves, and pub crawls just aren’t an option anymore. So when Tall Mom was home, and Itty Bitty was in bed, I had my chance to do what I wanted.  But, what did I do? I went to Wal-Mart.  Yes, Wal-Mart.  But, I’ll tell you something, I’m glad that I went because I met some really cool Superheroes there. 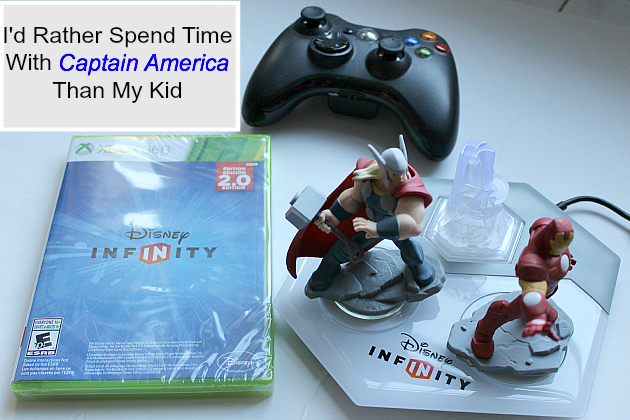 Hit the jump to find out how Captain America made my “me” time rule….
Yes, I am not cool. If I showed a picture of the current me to the me of two years ago, I think the two- years-ago-me would have doubled over in laughter.

Honestly though, you know who I’ve become? Owen Wilson in the movie Hall Pass.  Remember when he was given the opportunity to hook up with other girls by his wife and the first thing he does is go to Applebee’s?  Yep, that was me the other day.  Well, aside from the whole hooking up with other chicks thing.

I finally had a chance to do something I wanted – Tall Mom was home, kid was in bed, and she suggested I go out and do something for fun.  But, all my friends have the same problem as me, they aren’t cool either. So, they can’t come out on a whim.  We’ve gotta plan that stuff.  My last option was to go out for some retail therapy.  Thus, Wal-Mart.

I went to Wal-Mart because they usually have good deals on Blu-Ray movies, and I knew I hadn’t purchased Captain America 2: The Winter Soldier yet. ( Did I mention that my movie collection is 250+ DVD’s?)

With this in mind, I am a HUGE Marvel fan.  Anything Marvel related is an absolute buy for me.  Figurines, movies, games, the whole lot.  I’m even a sucker for Marvel Collector Cards. (Did I mention I’m not cool? Well, I’m an uncool nerd too.) If you haven’t gotten the idea yet, another Marvel MCU movie was being added to my collection – no if’s, and’s, or but’s.

So, my plan was in place – I figured I’d get the movie, go home, kick my wife out of the movie theater (AKA my family room) and have a great night with Cap.  Nerding out was a total guarantee.

I picked out the blu-ray and started on my way to the checkout counter when I literally stopped in my tracks at the sight of the Disney Infinity game on XBOX360 that I spotted out of the corner of my eye.  I heard it was going to be awesome on some gaming sites I visited recently. 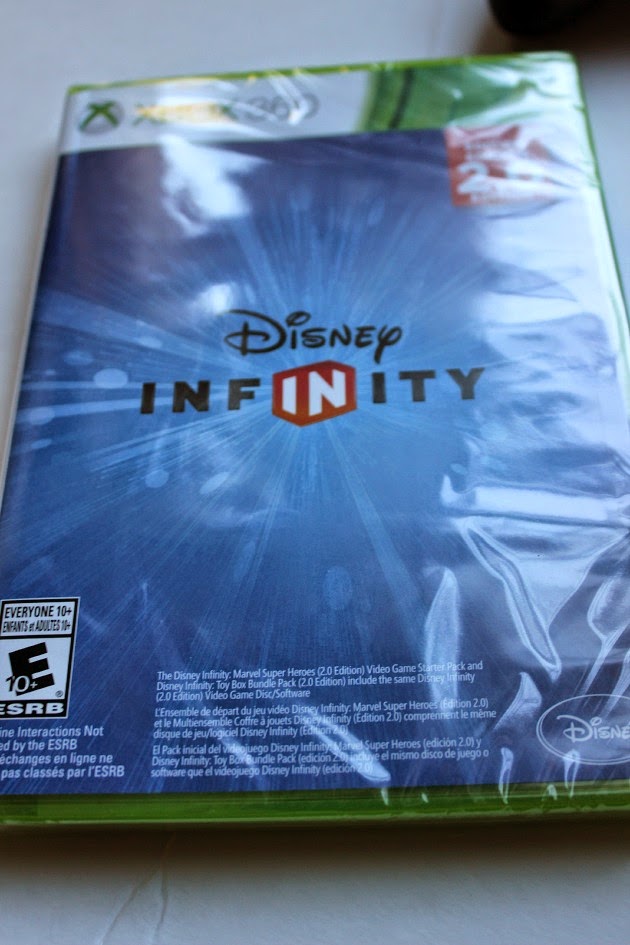 I wanted to buy it.

I needed to buy it.

The little spending demon in me was begging me to bring it home.

But, aha, I remembered one key fact – I ALREADY HAD IT.  I squealed like a little girl.  On the outside. 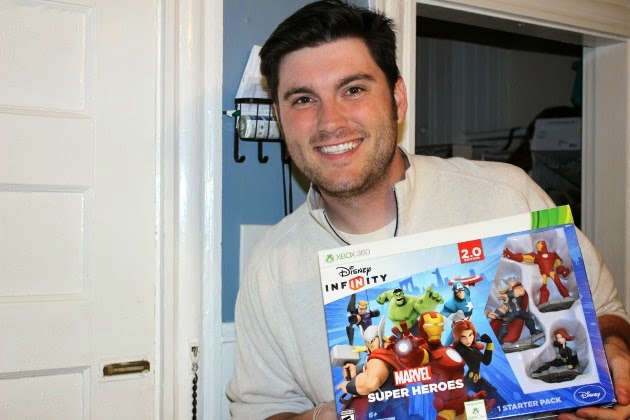 Like I said, I’m a sucker for all Marvel items.  In addition to being uncool, I’m also a gamer.  You see, my generation is one that believes games are not just games, but they are entertainment.  To us, playing on a game console is just as valid as having a friend over for dinner or going out to the park.

I love gaming. So remembering the combination of XBOX360, Marvel, and a box of Marvel figurines, I GEEKED out.  With Captain America 2 in tow, and being armed with my surprise relief at already owning the Disney Infinity game, I walked out of Wal-Mart with the intent on having a great night – Marvel style.

The problem is that when I got home, my wife wanted to play WITH me.  That whole “oh, go out and have fun on your own” thing was way out of the window.  She saw the game when I brought it out, and she wanted to join in on the fun.

Naturally, in went the Disney Infinity game into the XBOX360, and Tall Mom and I had an awesome night.  Is the game meant for younger children? Probably.  But that’s why we had so much fun!  It was great to be silly and childish for a few hours.  With the burden of having a real child in our charge, household chores, bills to pay, and everything else adult related weighing us down, it was great to have a glass of wine and play a game as Iron Man, The Hulk, or even (gasp) Cap himself. 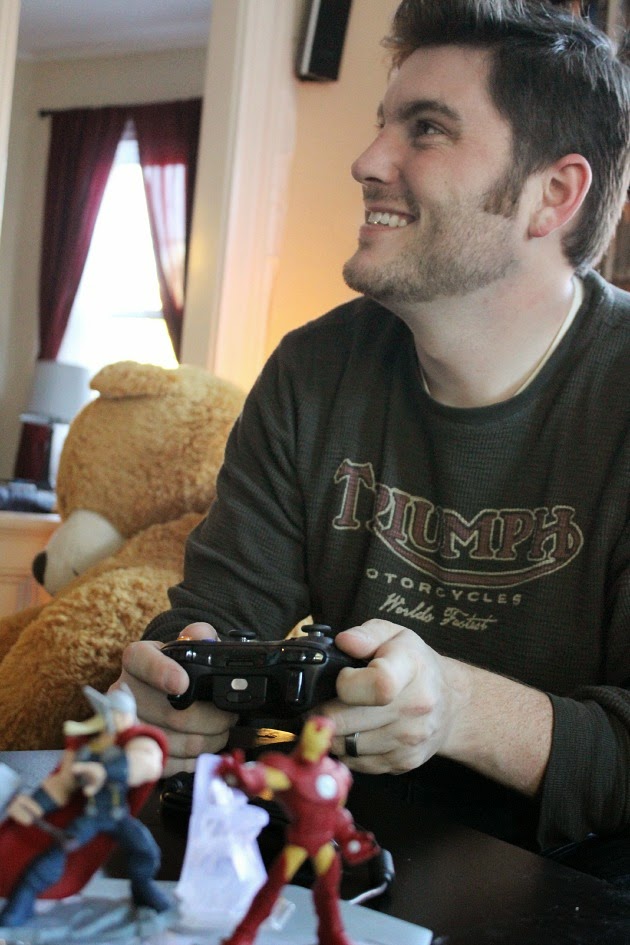 The game details aren’t all that important, and it’d be cumbersome to get into a full review here.  But, honestly, the game rocks.  You can play campaigns, or just mess around in the Disney Universe.  Want to see Captain Jack Sparrow interact with the Avengers in New York? No problem.  The other cool thing I like about it is that you play as the Toy characters in the game.  Not the real life character.

In other words, it’s like taking the toy vinyl figurines you have in front of you, and beaming them into your TV.  It’s redefining the way we can look at game and toys.  Couple all this with the sets we all know and love in addition to hours of licensed music from the movies ( think: that AWESOME Hans Zimmer theme from Pirates of the Caribbean), and you are truly enveloped by a Disney inspired world. 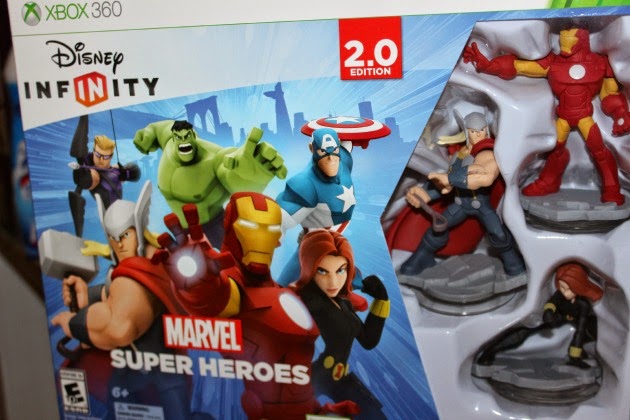 You know what’s even better? I heard you can get a  $10 Wal-Mart gift card for buying the Infinity Games Starter Pack.  Let me get this straight, buy the game and get paid for it? Yup, I’ll take it.  Supposedly that offer is only good until September 27 though, so make sure you get out and get it so you can get paid!

Upon further review, I even heard about this thing called HeroesEatMMs.com.  There, one can play games, download coupons, have the chance to win a $100 gift card to Wal-Mart, take a quiz to find out which Marvel Superhero or M&M character you are, and discover all these really cool recipes that involve M&M’s.  Trust me, a man like me will never turn down M&M’s.  In any form. Chocolate, Marvel, and gaming.  Is there a better combination?  Well, maybe a little wine never hurt anyone 🙂

When it comes down to it, yes I love my kid more than anything in this world.  But he’s a pain in my butt sometimes.  Believe me when I say that when he goes to bed at nights, I won’t have to worry about my “me” time anymore.  No Owen Wilson style Applebee’s for me. I’ll be getting my gaming on and spending time with Captain America.  What’s even better is that Tall Mom can’t yell at me for not spending time with her because of the XBOX anymore.  She likes it just as much as I do! Yup, I like this scenario. 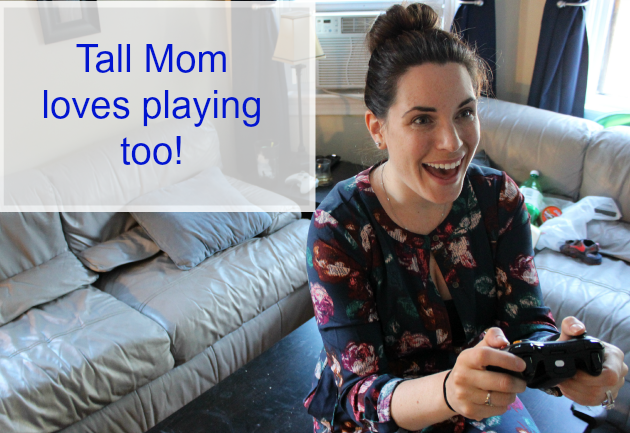 Heck, maybe I can even get some of my uncool friends to join Tall Mom and I. This, my friend, is a Win-Win situation.

Well, as long as we plan ahead 🙂 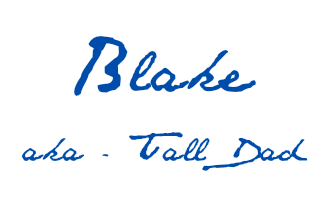