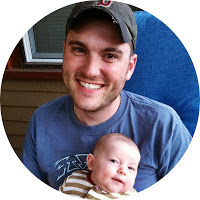 *Disclaimer: This guest post is written by Tall Dad. The following article is not representative of Mary Larsen’s thoughts or values.  She is not liable for the views expressed in the following commentary. Chances are, however, that if you’re reading this, regardless of your tastes, we probably have at least one thing in common – we’re both parents. And you know, just as well as I, that being a parent, either new, or grizzled veteran, is tough on anyone. So, take whatever you like from this article – good, bad, or ugly – and try to enjoy. 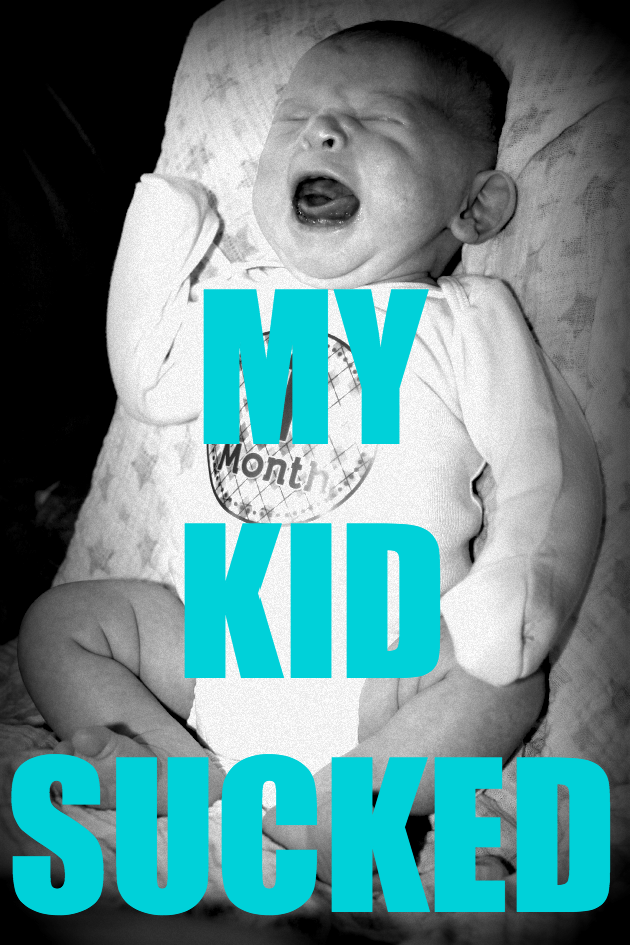 Yes, you read that right – my kid sucked.

I literally hated being around him from birth all the way to he was about a year old. Well aware that it is more than likely different for other parents, I often struggled with this feeling of being so harsh on my child.  But, if I’m being honest with myself – I felt this way.

Is it embarrassing? Yup.  Do I wish I felt differently? You bet.  My kid, however, was a giant pain in the butt and it was tough to actually like him. Here’s why: 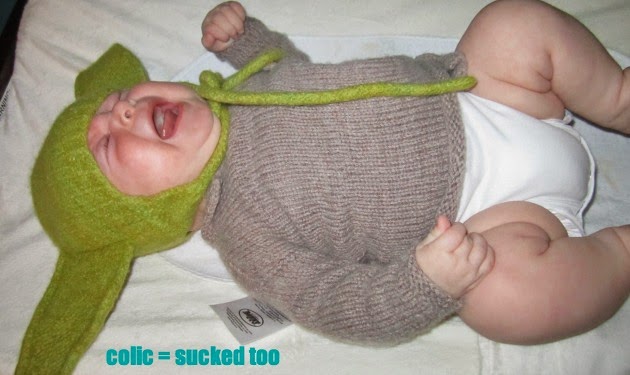 1.  Colic – Wow, was this a tough one.  Itty Bitty was the most severely colicky baby that our doctor had treated in a long time.  The incessant crying, the lack of sleep, the hopelessness, the insecurity of wondering how I was failing my child, it was terrifying.  I started thinking of ways to not go home after work.

For the first seven months of his life, I could hear Itty Bitty’s tiny lungs belting out another round of pain and misery from my car after pulling in the driveway.  As I sat in the driver’s seat, I remember thinking on multiple occasions, “all I have to do is put this car in Drive and I’m gone.”  It didn’t matter where I went, how I got there, or how long it was going to take.  I had a car, a credit card, and the will to go.

Tall Mom somehow managed to keep me home though.  Abandoning her was never a choice.  My bride needed me.

2. I’m a guy – As men, we have an extremely hard time relating to these little beings we know as infants. We can’t talk to it, we can’t play with it, we can’t really feed it, we can’t even watch sports with it.

Infants do nothing.  Well, the poop, fart, cry, and eat.

While we may wish for a lifestyle that is much the same, guys do not know how to interact with infants.  We don’t have the benefit of being able to breastfeed, an we don’t have that natural parental instinct that mother’s do.  Our inherent experience with an infant is close to zero and our urge to bond with that infant is essentially nil.

3. My marriage – My wife is the best thing that’s ever happened to me.  Yup, even to the very day that you read this post.  The problem with my kid, especially in the early days, was that he cramped my style with my wife.  He slept between us in bed (that’s the only way ANY of us could get sleep), we did not have the time to go out because of him, we were at an all time high level of stress with each other, and, being real here: our intimate life was, shall we say, lacking.

It is hard to express nothing but unabashed love for your progeny when your foundation of a marriage is starting to crack.  I never thought anything would come between Tall Mom and I.

I was way wrong.

4. NO SLEEP – Looking back on the whole escapade of the first year, I think this was the toughest part.  Between the colic, teething, and the fact that my kid did not have a decent sleep routine, Tall Mom and I were lucky to be sleeping a half hour to an hour a night.

Oh my god, maybe we’d even get two hours a night (gasp!) if the sleep gods were in our favor.

Think it is impossible to fall asleep standing up while rocking your child at 3:30am? Think again.  I did it. Multiple times.

How about on a Yoga Ball? Did that too.

Oh my word, the amount of hours I spent bouncing Itty Bitty on a Yoga Ball.  Granted, I had a core that was stronger than Iron Man’s Hulk-Buster suit, but it didn’t do me any good.

I still had to work the next morning, I still had to operate a moving vehicle, and function as a normal adult that had to make actual decisions that had the potential to impact hundreds of people’s lives on a daily basis.  Of course, all while operating on NO FREAKIN’ SLEEP! There’s a reason why sleep deprivation is used as a torture method.  Because, it is! By that definition, my child literally tortured me.

That first year, however, is now over and things have changed greatly.

I can honestly say that he is the second best thing to ever happen to me.  Well, he’s neck and neck with Curt Schillings bloody-sock performance against the Yankees in the 2004 ALCS.  (Not kidding by the way). 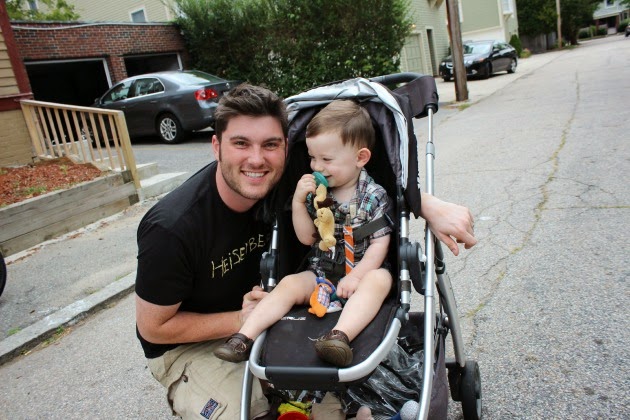 But, why the stark difference?

Well, first, Itty Bitty regularly gets nine to eleven hours of sleep per night.  That, in and of itself, is a world changer.  This allows me time to be me, time to be with my wife, and I no longer feel guilty leaving Tall Mom home with a colicky/over tired baby alone at night to go out with my friends/have somewhat of a social life. 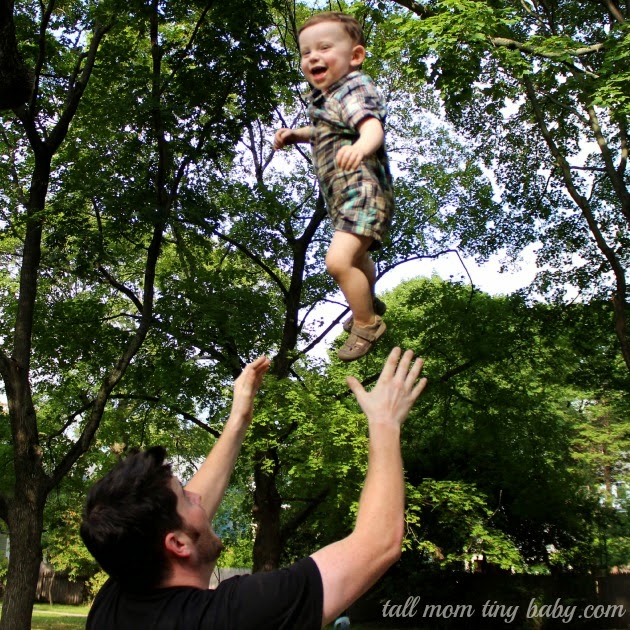 While social life is important, what’s more important is my interactions with Itty Bitty. I love his little hugs, the way he chuckles at something stupid I’ve done,  and the way he asks for my hand if he needs to go down stairs or cross a gap too wide for his little legs. 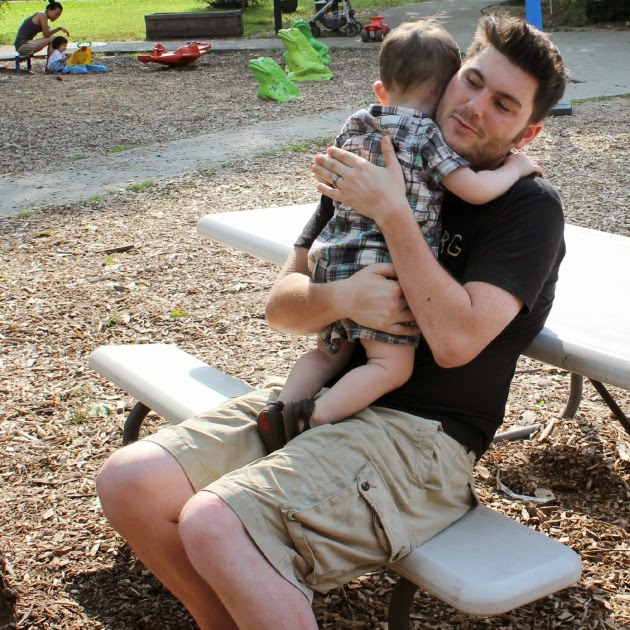 I love how he likes to bust my balls and proceeds to run in the opposite direction when I call his name.

Oh my god, the running; have you ever seen Woody from Toy Story run? That’s Itty Bitty.

Or how he does this stupid white-guy dance with his arms every time he hears The Beatles.

He literally jumps out of his shoes when he’s happy, and tries so desperately to touch my eyeball every time he comes close to my face.  It’s hysterical.  I cherish every time he insists he sit on my lap as we watch the Red Sox, Star Wars, or Mickey Mouse Club House, even if it’s for only three or four minutes.  I even love the way he holds Tall Mom’s hand as he walks with her.

Speaking of Tall Mom, she taught Itty Bitty baby sign language and it has been almost as an important feat as sleeping through the night.  Why? Because I finally understand him!

You’re hungry? Boom, here’s some food.
You’re tired and want to go to sleep?
Why, yes, I’d be more than happy to put you in your crib for a nap.
Wanna read a book? Here’s three – go to town.

Guys are problem solvers.  Give me a problem, I give you an answer.  Baby sign language has completely changed my relationship with Itty Bitty.  I can finally relate to him! 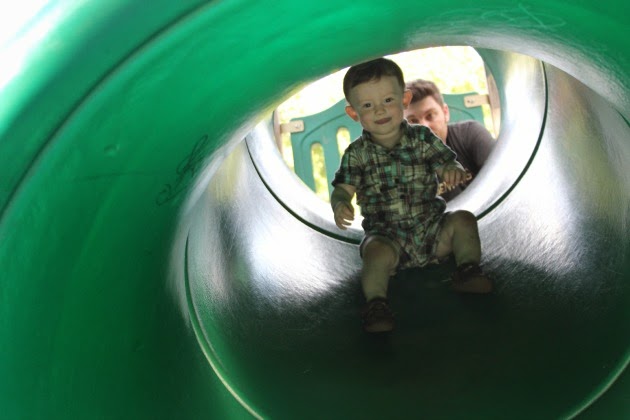 We go for walks and he babbles about the dog across the street, or the latest bug he ate on the way out the door and it’s glorious.  I don’t understand a darn word he is saying, but it doesn’t matter.  I feel like he understands me and I’m cool with that.

You see, I believe Itty Bitty is much smarter than he lets on.  I constantly see his eyes move and I know that with every movement, he’s soaking more in. 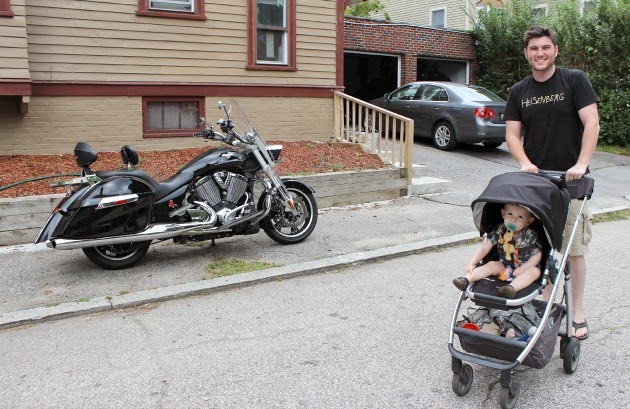 Another fact about guys is that we are obligated to teach boys how to be men.  It’s a tradition that’s been passed down from generation to generation.  There are stories, motivations, rules, and acts that all boys need to learn.

This can range from “Not talking in the men’s bathroom” all the way to “how you NEVER put jelly and peanut butter on the same piece of bread. They go on separate pieces and then you put them together.”

I can’t wait to teach him how to ride his bike, or take him to his first game at Fenway Park and now that I see him processing all this information, it makes me even more excited. 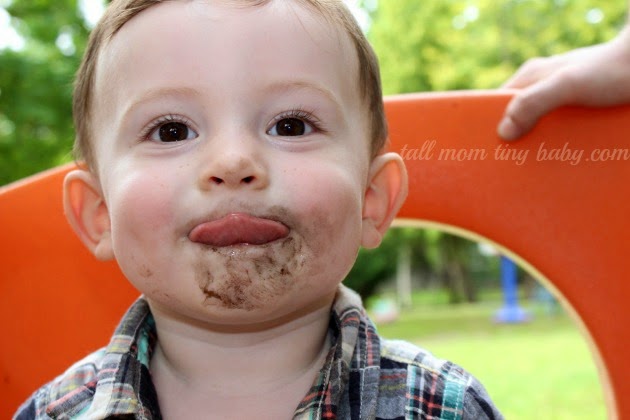 He’s my kid.
I’ve always loved him.
No matter what. Don’t misunderstand that.

But now that he’s able to interact with me and I’m able to sleep, I’m finally starting to like him.  He’s my little man. My clone.  God, how cool is that, right? I like hanging out with my kid now because I can relate to him.  Having a baby is totally worth it.  Yes, it took a long while, but he and I have come a long way.

Because, boy, before he turned one, he sucked. 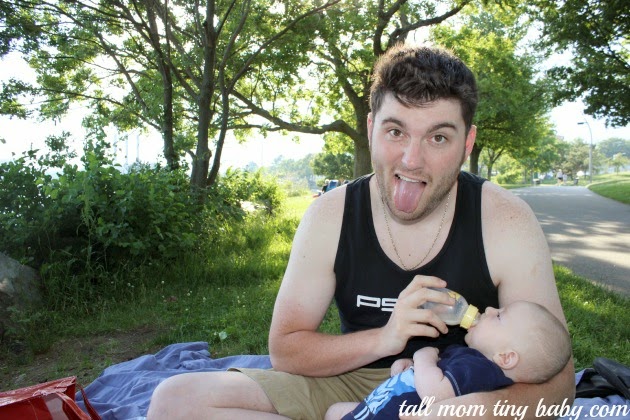