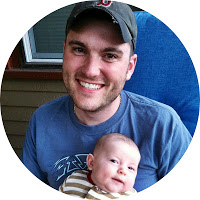 *Disclaimer: The following article is Rated R and is not representative of Mary Larsen’s thoughts or values, and she is not liable for the views expressed in the following commentary. Chances are, however, that if you’re reading this, regardless of your tastes, we probably have at least one thing in common – we’re both parents. And you know, just as well as I, that being a parent, either new, or grizzled veteran, is tough on anyone. So, take whatever you like from this article – good, bad, or ugly – and try to enjoy.

Lately, the foremost subject upon the tongues of TMTB subscribers is one thing, and one thing only: my accent.


*Spoiler alert* I have a Boston accent.  And, it’s pretty thick too.

(Fun fact: the more adult beverages I consume, the thicker my accent becomes.  By the end of the night, you literally cannot understand a damn word I’m saying.)

You see, I’m a Massachusetts kid – through and through.  Always have been, and always will be.   I’m loud, brash, opinionated, and will physically assault you over the three most important things to a Bostonian – sports, politics, and religion.  I’ve had that Sox hat you see pictured above since my junior year of high school, and naturally, its the only cap I’ve worn, or ever will wear again.  I don’t make small talk, suffer from a severe inferiority complex with New York, and worship at the altar of all things Kennedy.  Truth be told, I still don’t know why my wholeheartedly Rhode Island wife (who’s also a much nicer person than I) ever married me.


Nevertheless, while I truly love living with my gorgeous wife in my adopted city of Providence, Rhode Island, ultimately, it’ll always be the Dirty Water that will run through this guy’s veins.  But, you know what the best part is?  That same Dirty Water (much to my wife’s Rhody chagrin) coarses throughout my son’s body like The Charles ripping through the Back Bay. 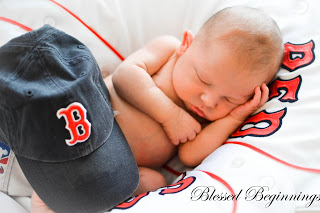 I’m proud as hell of my roots, and I’ll be damned if my son doesn’t grow up to be just as proud of how he, too, is Boston Strong.  How better to bear this pride than to ensure he has a Boston accent just like his old man (whilst living in Providence no less).

Ok, I know there are probably some of you out there who are saying to yourself, “why would you do that to your son?  Why would you perpetuate that annoying accent?”  You know what I have to say to you people? 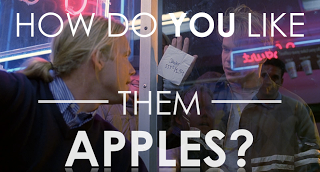 My son will need this accent as he grows.  Here’s why:

First off, our accent is not annoying (well, sometimes it can be obnoxious).

Secondly, (and the reason for this post) the accent is inherently an irrevocable part of our (Boston) culture.

If one hears that distinct accent, there is no mistaking the place from which that other person hails.  A wise, little green Jedi Master once described The Force by saying, “[l]ife creates it, makes it grow. It’s energy surrounds us and binds us.”  Call me nerdy, call me lame, call me whatever you want, but I firmly believe the same can be said of the Boston accent.

We created the accent.  We feed it.  It surrounds us each day, and it marks us as a unified mini-nation unto ourselves.  It is the verbal manifestation of the collective “us.”  Nearly all of us have substituted the letter R with an AH at one point in our lives.  It’s turned into a badge of honor for many.  But for some reason, some of you people deny you’ve ever had, or have, an accent.  From what I can tell, you think it makes you sound smarter, or classier than the rest of us common folk.  Good grief, get over yourselves, and stop spewing your self righteous whiny bullshit about how, “we don’t talk like that!” during a viewing of Good Will Hunting or The Departed.  Yes. We. Do.

But the accent is more than just pronouncing words funny, or attempting the phrase, “pahk the cah in the hahvid yahd” (a saying I truly hate btw).  It’s a state of being. Concerning our beloved accent, Ben Affleck – you know it’s bad when you have to quote Ben Affleck to prove a point, but I’ll do here because it suits my argument – Affleck once explained in an issue of Vanity Fair that, “[t]he Boston accent is more of an attitude than an accent. Underneath everything you say has to be the attitude of: ‘You’re an asshole, I know better than you, fuck you.'”  The truth is that good ol’ Bennifer couldn’t be any more correct in his assessment.
This is my favorite scene from Good Will Hunting.
It perfectly represents all that is Boston and all that is implied in the Boston accent.

Translation: the accent is the attitude, and the attitude is the accent. We are a generally good, albeit sometimes rude, people.  We’re confident, humble, stubborn, no-fluff, tough, smart, blue collar, and our priorities, in large part, are grounded in fundamentally wholesome tenants such as family, hard work, and Dunkin’ Donuts.  But, we don’t take shit either.   For Christ’s sake, as a bunch of rag-tag farmers, we started an all-out revolution against the world’s foremost superpower, and won by the way, all because we didn’t feel like paying taxes anymore.  And, best yet, in response to those dink Marathon bombers, we willingly shut down our ENTIRE city for days just to capture them.  Suffice it to say, when one hears the accent, even though they may not like how it sounds, they at least know what they’re getting into.  You’re getting everything highlighted above, and a lot more.

In the end, the attitude and the accent are one in the same – like Tony Stark and Iron Man.  They cannot be separated, or divorced from each other.  The accent is the embodiment of it’s people — a tangible representation of the traits by which a Bostonian is constituted. Of course, whether you agree with this assertion is totally up to you.   Frankly, if you don’t, well, I just don’t give a shit.

Nevertheless, Itty Bitty will grow up in a city that is not Boston, and despite my better judgement, I’ve learned to be ok with that idea.  And, while he may never be a Mass. resident like his dad growing up, he will certainly follow, and carry out it’s culture.  He’ll need to.  He’ll be different.  He’ll be an outcast.  As such, he’ll need to be tough, opinionated, no nonsense, family oriented, and fiercely loving.

I want him to be all these things not just because they’re all good qualities (which would normally be good enough in and of themselves), but because that’s his heritage. Whether he knows it or not, his blood urges him to live by these humble qualities.  It is vital for him to carry those lessons with him for the rest of his life.  In light of this, the accent (being the expression of his innate culture),  is the first of many important steps in his journey.

So, the next time you find yourself in Providence, and while over a pint of Sam Adams Boston Lager, you get into a shouting match with some random kid (who, of course, is wearing a beat up Red Sox hat and a Bobby Orr jersey) about how Tom Brady is unquestionably the greatest quarterback to ever play the game, or, how he himself could easily fix everything that’s wrong with this country politically, you’ll know it’s my son.  You’ll know it’s him because he’ll be big, loud, brash, and you’ll barely be able to understand the words that are coming out of his mouth. And even though your “conversation” may come to blows, he’ll turn around and hug you once it’s over.  He’ll do this because while he may live in RI, deep down, he’s a Bostonian.  He’ll do it because his dad taught him how to be a man, and his first lesson was very specific – be the only kid on the east side of Providence with an accent that not-so-subtly says, “you’re an asshole, I know better than you, fuck you.” 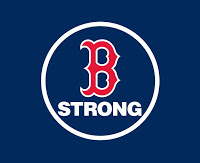