I never realized how scared I would become by being a parent. Chest seizing almost overwhelmingly scared that something could happen to my child. Last night I watched the movie Philomena, and it kept me up all night, and still haunts me this morning. 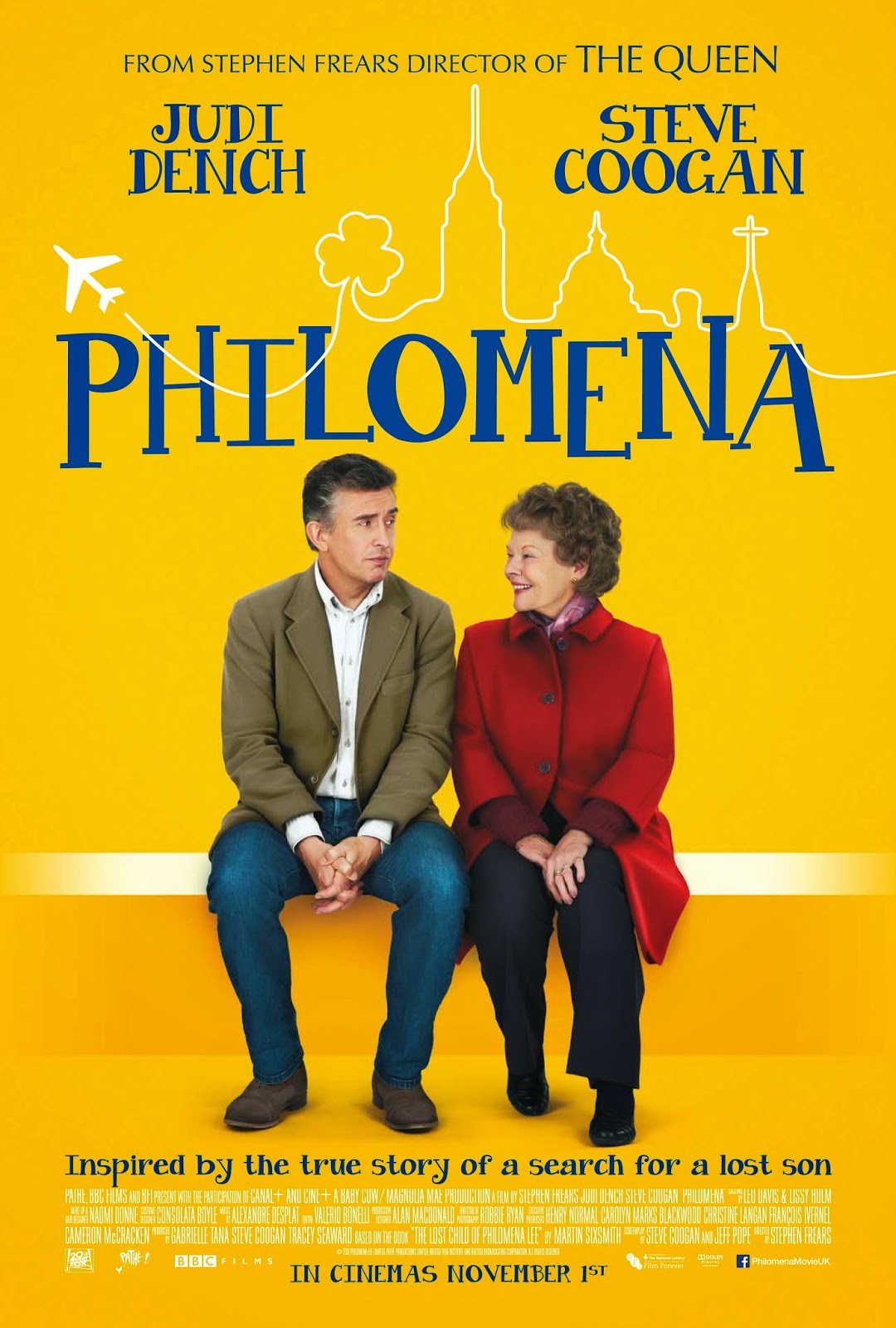 Philomena isn’t a particularly scary movie. The “bad guys” in the film are actually nuns, and the gut wrenching horrors of babies and toddlers being stolen from their mothers happened in the 1950’s in Ireland.

It’s now 2014, I live in a safe tiny apartment, with no nuns. Nobody, thankfully, has ever tried to steal my child away from me, and for the most part, aside from eating food off of the floor every now and then, he lives a safe life.

But movies like Philomena frighten me, and make my heart ache. It took me deep into the shoes of this mother, who at a young age found herself pregnant, and at the mercy of an Abbey and the nuns who took her and her son in. Forced to work day in and day out as payment for a roof over their heads, Philomena loved her son, whom she was only able to see for an hour each day. She lived for that one hour.

I knew about the plot line before I watched the film, and the sad truth that Philomena’s son would be taken from her. The movie was about her great search for him 50 years later. But knowing what was going to happen didn’t stop me from being devastated for her during the scene when he was being driven away by his adopted parents. Her tears, agony, and desperation pulled at my heart strings, as I pictured what it would be like to watch Itty Bitty be taken away by another family.

And I don’t just get this way by watching Philomena. I feel pain from parents in all sorts of films, in TV shows, and even from newscasts. I feel their pain from a child’s first trip to the emergency room, the awkwardness about having the first talk about sex, and the sense of lost when their child goes away to college.

True tears occur from reading Facebook statuses from people I know who have lost a child, either in the womb, shortly after they were born, or even as adults. I admire these parents for having the strength to carry on.

All of these varied situations which have tugged, pulled, or yanked at my heart strings have just made me love and appreciate all the parents that I know. We have all gone through different battles and struggles, and have lived to tell the tale. Some of you have gone through much more difficult heartaches than I, and I want you to know that I think about you, some of you daily.

Though I do not know of anyone who had their child taken from them in a way like Philomena, I do know of parents who made difficult decisions during pregnancy, lost an unborn child, lost their baby, or lost their child/teen/adult.

I may not tell you enough in person, through texts or Facebook messages. But I’ll let you know here. I love and admire you, and my heart aches for you. Movies like Philomena give me a glimpse into the pain that you must feel, and it makes it more real to me. Know that even though we may not be particularly close, that you and your family are in my thoughts and prayers.