Thanksgiving has always been a special holiday in the Tall Family.  It’s Tall Dad’s favorite holiday (it’s only competition is Trade Deadline Day for Major League Baseball – and, yes, he considers that a holiday) and while I always consider myself a true Christmas Elf, I really enjoy the idea of family getting together just for the simple reason of sharing a meal together.  But this year was extra special because not only did we host at our new house and fry a turkey, but also because it was the first Thanksgiving I got to spend with my little lass… 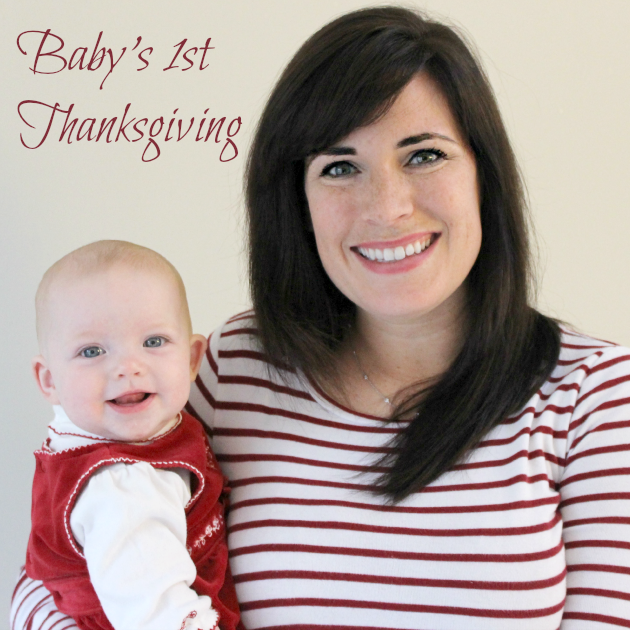 Before I get all gushy about sharing Thanksgiving with my little lass, I do want to mention how AWESOME frying a turkey is.
Seriously – I think it has become a brand new tradition for our family.  There is a fair amount of prep  and as you can see, the process by which you fry it is a tad bit involved and very much dangerous.
But Tall Dad and my brother had it handled when they brought out some chairs, had an adult beverage or two and relaxed as the turkey cooked in the pot.  Tall Dad kept saying how happy he was with sitting out in the cul de sac we live in (we must have looked like total trash to our neighbors haha) drinking a beer and watching football on his phone with my brother.  His favorite saying that he wouldn’t shut up about for the entire time that turkey fried? “THIS is America.” 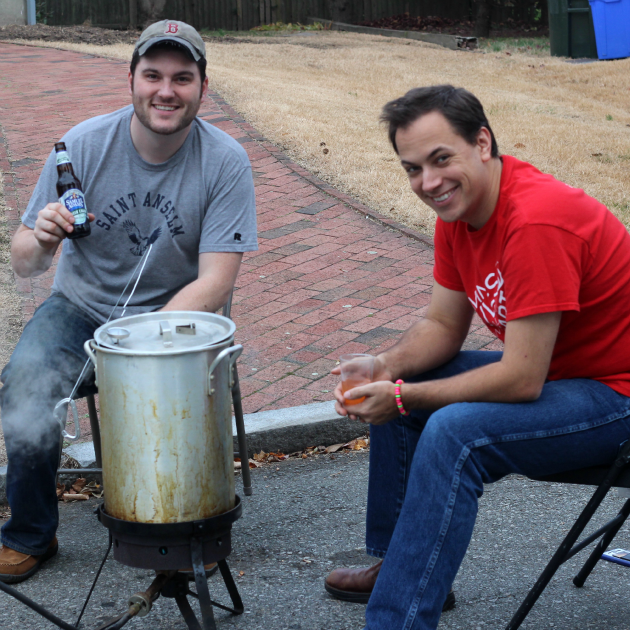 We developed a safe way to fry the turkey and to lower, as well as rise the turkey out of the fryer.  Of course there is always the chance to over boil and have the oil go into the flame.  Which, naturally results in not only a burned turkey, but a ruined holiday and fair chance of a visit to the hospital with varying degrees of burns.
But, after all the years of frying donuts in a similar fashion – Tall Dad brought his wisdom to the turkey process – keep your hands away from the oil (duh) and turn the flame off that is below the pot when you raise or lower the turkey.

No flame, no fire. 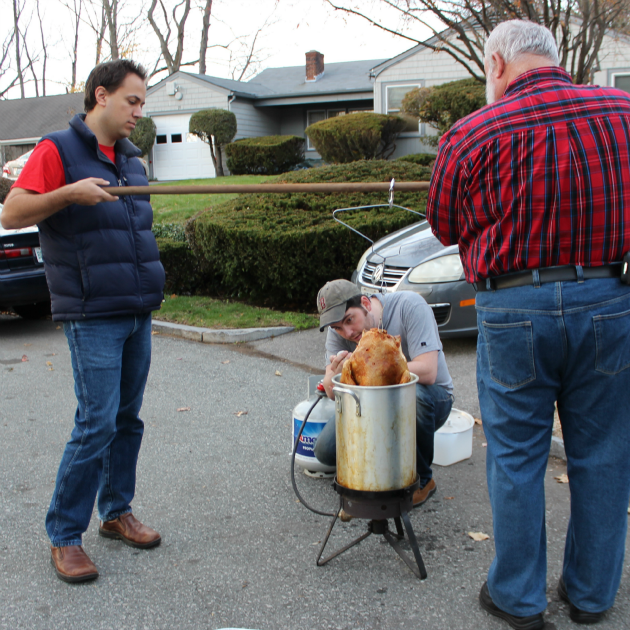 But after all that was said and done with the turkey (which was the best turkey I’ve ever had and it only cooked in 45 freakin’ minutes) it was time to stuff our faces and enjoy each other’s company. Football played in the background as we hovered over our plates devouring every last morsel of food. My brother’s kids were with us, and Rhys was a little monster running around while trying to get his hands in EVERYTHING. 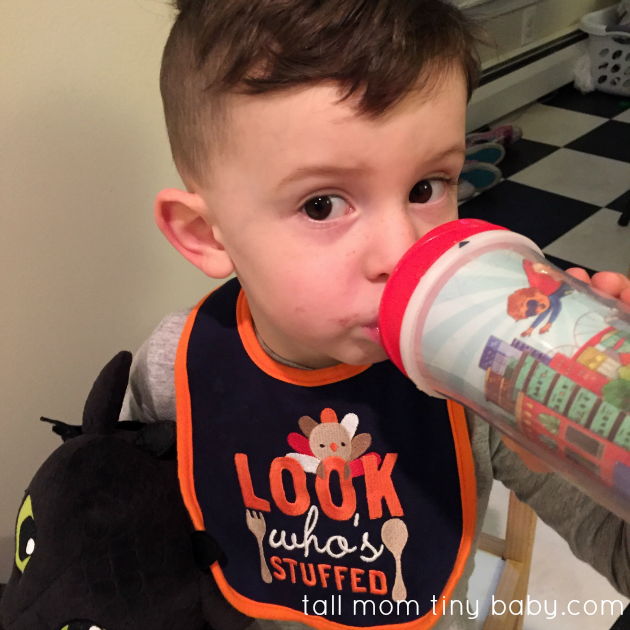 We may or may not have lost an entire pumpkin pie to his grubby little hands.
A few timeouts and a lot of stern talkings to, I’d like to say he behaved.
But, he didn’t.
So we gave up and let him watch The Jungle Book in the family room while we tried to have our meal in peace.

Hey, if you can’t beat ’em – give in to whatever they want so you can eat.  A truly inspired saying in our household.
Of course, we made sure there was no shortage of alcohol amidst our classy space to have as a back up plan  🙂 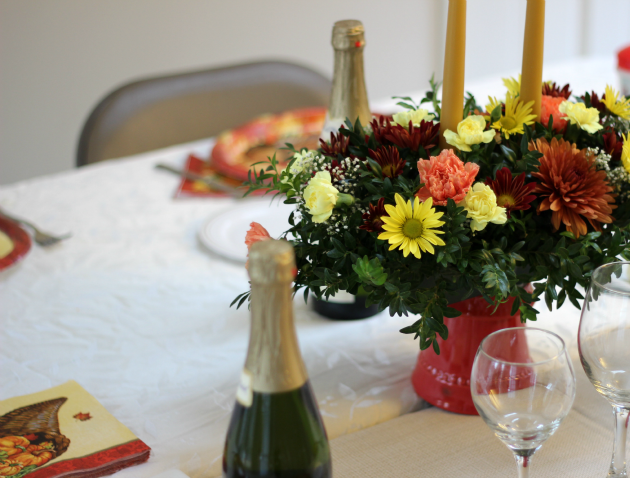 Oddly enough, it was the youngest of the bunch that behaved the most.  Felicity was content to be held while we eat, and she was even passed around from person to person the entire evening. To my utter shock, she even sat with my dad (Grampy to her) for more than 15 minutes without crying.  It was surely one for the record books. 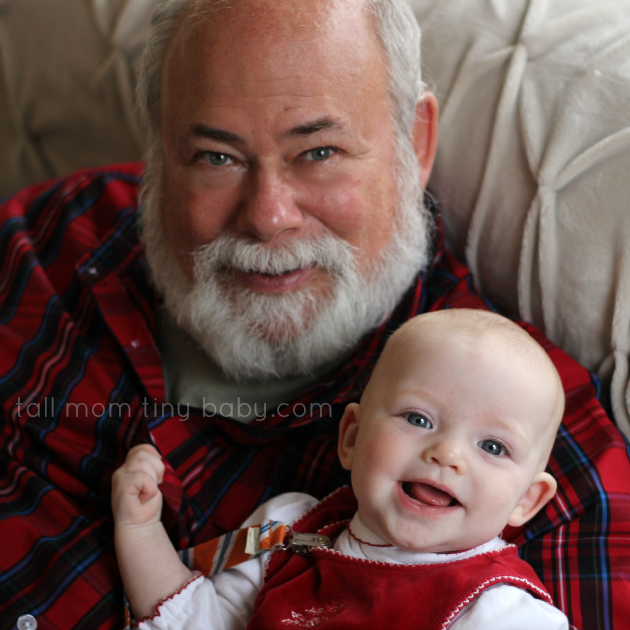 All in all, putting together our first Thanksgiving at our house was a giant pain in the butt. But, it was one hundred percent worth it.
Between getting the house cleaned, getting the food prepared, my kids to nap and then go to sleep at the end of the night, it was rough. Jeez, it took Tall Dad and I an entire weekend to recover.
But, as I look at this picture (which was taken in one take if you can believe it) I see my family and how happy we all were.  We were fulfilled.  And full.  Very full. 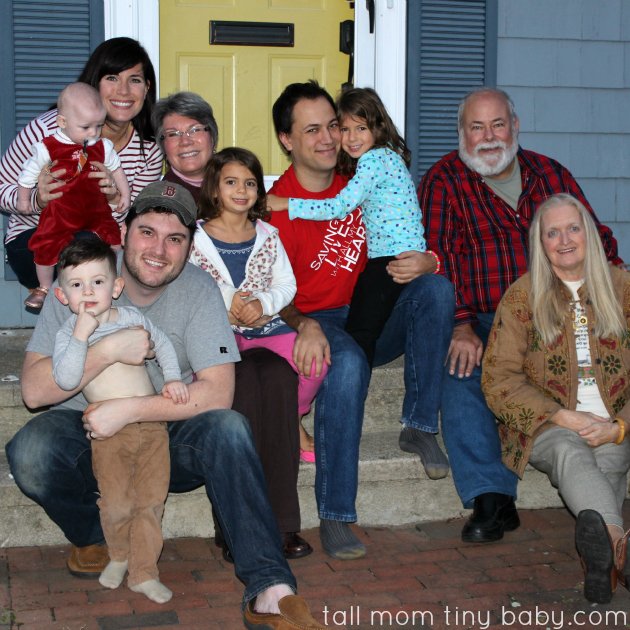 It may have been wicked loud.
Pots and pans were being dropped, kids were running around with their hair on fire (not really, but it felt like it!, Tall Dad could have burned the house down because he INSISTED on frying a turkey, and I may or may not still have the smell of spilled sparkling cider/beer on my floors, but it was a fun time.
And the best part is that I had my daughter with me for her very first thanksgiving.
It was a day full of firsts for us and I’m so thankful I did it.

What did you do on your Thanksgiving?