You know that saying, “I’m so poor that I’m po – I can’t even afford the extra O and an R.”  That’s me.  Between having a kid, using up most of my savings for a down payment on our new house, buying all new crap for the house, and then doing some renovations – I’ve pretty much exhausted every ounce of my funds.  Tall Mom and I are going to have to be creative in our ways to save money all over again for the holidays.  With that in mind, Walmart has actually been a huge help in our endeavor with the help of the Walmart Best Plans.  Hit the jump for our top five ways we’re going to save…

Listen, it’s the holidays and I’m happy that this time of year has finally come back around.  I’m thankful to have my family, my new house, and the comfort of starting a whole new life on my own terms.  But, let’s be honest here, there’s a lot of pressure that goes along with the holidays.  You have to buy dinners, gifts, host parties, and a lot of money is being transacted on a daily basis.  You can get underwater real quick.  So how are Tall Mom and I have come up with five ways to save for the inevitable winter holiday season: 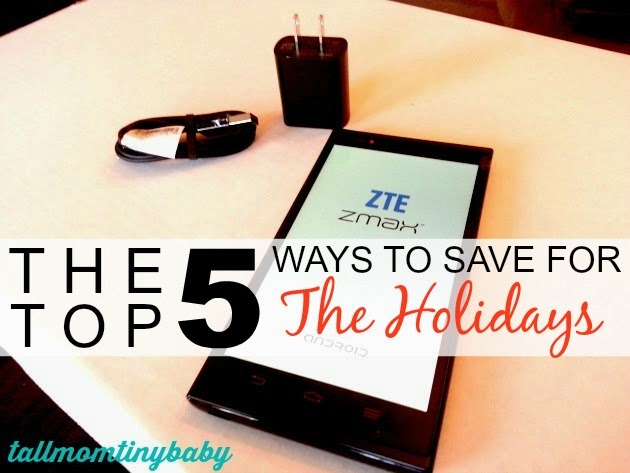 1. Peapod – You wouldn’t believe how much money someone wastes when they actually GO to the grocery store.  Sure, everyone buys with their eyes – but their desires are guided by their stomach.  You start at one side of the store with a basket thinking you need three things, but then you finish at the other side and you’ve got thirty different items in your (newly switched) carriage.  How do I combat this? Using the Peapod online service via Stop & Shop.  You can’t get enticed by all the crap they throw int he aisles if you go online and get only what you NEED.  You pay a small fee (like $4) for delivery and trust me, it’s worth it.

2. Cable – My favorite saying right now is “eff the cable companies.” They price gouge you for no reason. They can charge what they want because there’s no competition.  And it’s all bull crap pricing  – remember paying for home phone service? Now they’re giving it away for FREE – So, go without it if you can. (Unfortunately, I can’t because we podcast about television shows and because I love watching live sports at home.)  So we reduced our cable needs to one box, the least amount of channels possible, and only a serviceable internet speed.  In the end, we reduced our bill by about $100 per month.
3. Creative Date Nights – I couldn’t believe how much money we spent on Date Nights.  Not that it’s a bad thing – I will go to the ends of the earth, regardless of how much money it costs, to splurge on Tall Mom and I.  We deserve it.  But, we do need to be a little more realistic now. So Tall Mom came up with a cool idea – have “Around The World” in home dates. Pick a country, cook their style food, listen to that style music, have a dance, and watch a movie from that area. You do everything together – from cooking, to cleaning, dancing, or whatever.  It’s fun, and, it’s different everytime. So now we’re not paying for cooks, tips, parking, movie theaters or expensive alcohol.  It’s already in house.
4. Cell Phones – My other favorite saying right now is “eff the cell phone companies.”  They, too, price gouge you because they can – remember having to pay all that money for texting? Now unlimited text is standard – So, go without it if you can.  But, this is the 21st century and we have to be real: we all need cell phones.  So, what’s the best option?  We changed from our Verizon phones to  WalMart Family Mobile Service Phones. 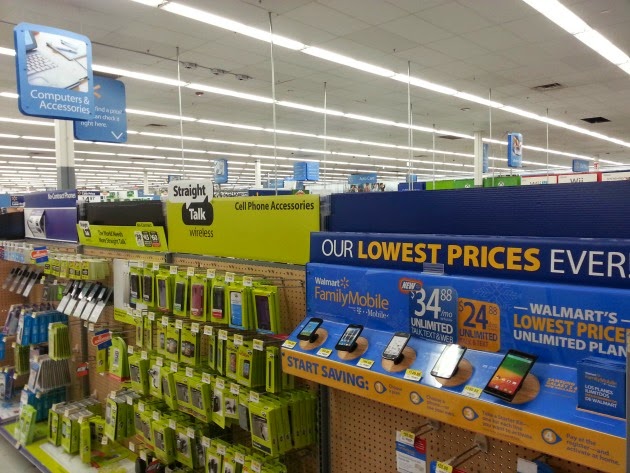 We each bought ZMAX Phablets for a reasonable price of $199.00 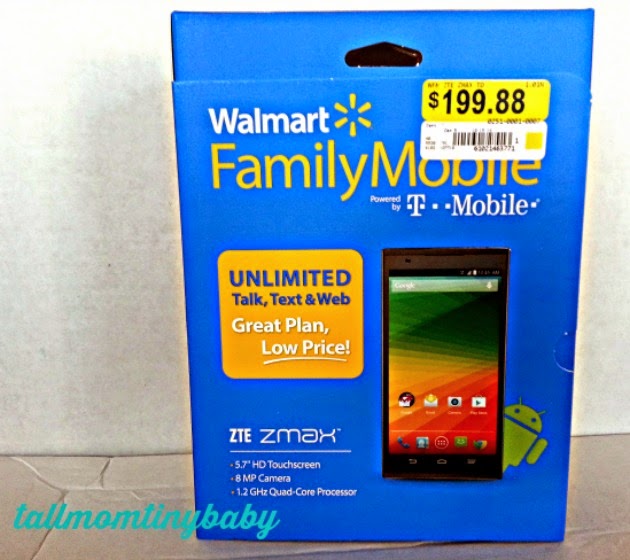 But the best part is that we get unlimited talk text and data for $34.88 a month.  It’s a great phone that is similar to it’s more widely known competitors than I originally thought, and the coverage in Providence is absolutely solid. 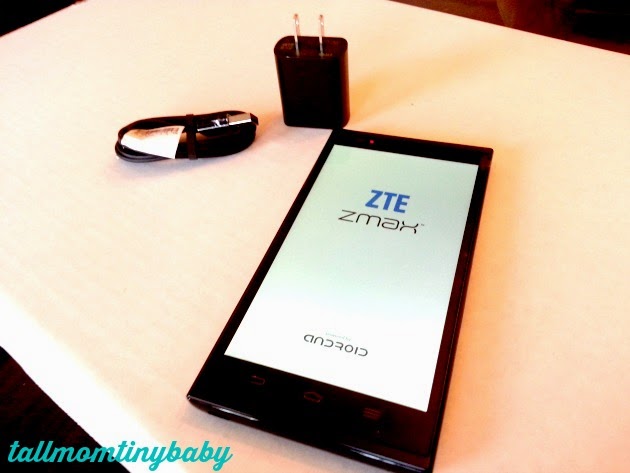 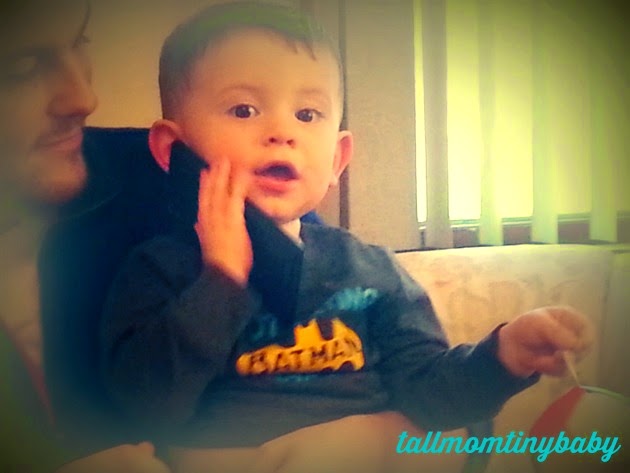 Even Itty Bitty approves of our choice 🙂
5. Electric Heat – With the new house comes the responsibility of heating the darn thing.  What’s more is that our heat is oil fired so we are spending a ton on our heating costs.  But, electricity is much cheaper than the cost of oil right now.  So, while we were at WalMart buying our new phones, I grabbed an electric blanket for Tall Mom and I to use at night, as well as a small electric heater for Itty Bitty’s room.  We keep our house at a balmy 58 – 60 degrees and we heat the individual rooms as necessary.  Plus we can throw on a sweatshirt, put Itty Bitty in a jacket, and have a fire in our fireplace for extra warmth.  It seems kinda mean, but, the savings is huge.
So that’s our top five ways we decided to save money for the upcoming holiday season.  Some were obvious, some were a little different.  Hopefully they helped 🙂 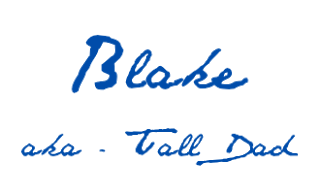 Do you have different ways to save money?
#Thankful4Savings #CollectiveBias