This shop has been compensated by Collective Bias, Inc. and its advertiser. All opinions are mine alone.#ScotchBriteSponges #CollectiveBias

Moving stinks.  There’s just no way around it.  But moving with a toddler and a baby?  Well, that might just be the real reason why Dante wrote the “Inferno.”  At least, that’s what I think to make myself feel better at night.

They toys are endless, the clothes are overwhelming, and they are never in their homes.  Ever.  I often look around my abode and ask myself, “when the heck did we actually buy all this junk?!?” It’s like Santa stopped by my house and dropped off three years worth of free freakin’ samples.

But then you have to add selling and staging your home into that awful mix.  Ugh – honestly, I think  I’d rather be waterboarded.

Regardless, it’s a task that must be done because people don’t buy houses that are dirty, cluttered, and or overtaken by kid stuff.  Although the ultimate irony is that all of our houses look like this, but we expect a house to appear utterly perfect before we even *think* about buying it.

So, cleaning is a must.  But how do you do that with a toddler at your feet who is intent on running through your house like a tornado in a small Oklahoman town? Get him involved in the clean up of course.  Here are a few tips how… 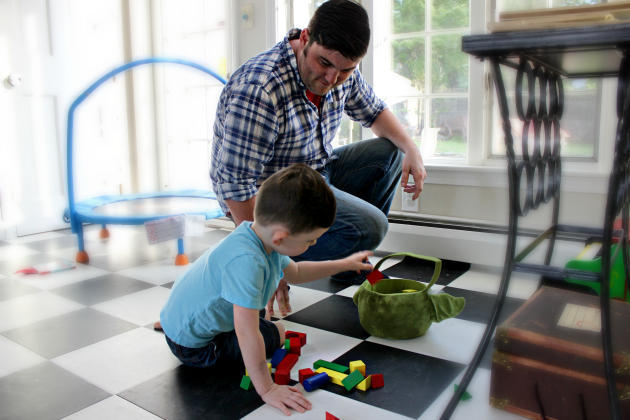 If there is on thing you take out of this post it should be this – which is why it’s first. Be very pointed and accute about the tasks you give a child; whether it’s for cleaning, or anything really.   Adults can think in Macro terms, and we have become accustomed to it.  But toddlers hear something like, “clean your playroom.” And all they really hear is “clean your blah blah blah…oh jeez, wow, look at shiny bright light on the oven! Let’s go touch it!”  So be sure to tell them what exactly you want done. “Put those blocks in that bucket” is a great idea.  Or, spray some cleaner on the table and tell them to wipe the bubbles away. The more specific you get, the easier it is for them to comprehend and do the job well. 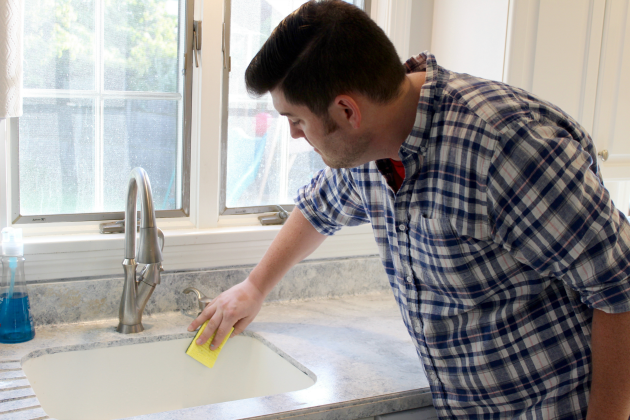 Give Them A Simple And Similar Task

I always clean my sink. It’s one of those problem areas in my house that drives me insane.  Of course, it doesn’t help that the sink was designed in the early nineties – and it seems like no one was smart back then because the corian that was used is white and is easily subject to stains, knicks, and cuts.  So, I’m ALWAYS using my Green Scotch-Brite® Heavy Duty Scrub Sponge from Target and a little bleach to get out all the eyesores. It get’s at the heavy duty stains quick and easy.  My son always sees me doing this task, and constanly asks me what I’m doing.  Instead of telling him over and over again, I just show him and ask him to do something similar to another appliance around the house.  Obviously I have him use the Blue Scotch-Brite® Non-Scratch Scrub Sponge so he doesn’t scuff up every single ounce of my house. (It also helps that blue just happens to be his favorite color of the moment.) So he knows that he uses blue, and I use green. 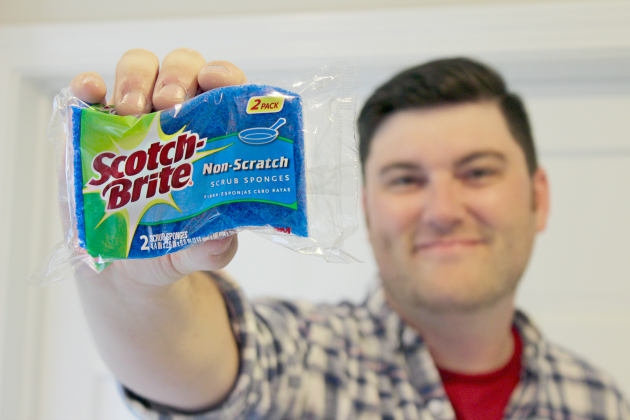 But, even if he goes around trying to “clean” something that doesn’t need to be “cleaned” – who cares? He’s entertained for a while, it keeps my house relatively quiet (yes, silence is *very* golden in my house) and he is happy because he’s doing the same thing as daddy.

Every single day, in the eyes of my kids, is pretty much the same.  Wake up at the same time, eat breakfast, watch some Sesame Street, play outside, nap and so on.  One of the most important tricks I learned to keep my house in order is to include the idea of “cleaning” as part of this routine.  After dinner, and before bath, we call it our “special clean up time.” Any of the outstanding toys, or books, that were used during the day have to be put away before we take a bath.  (Bath is like a reward now – more on this later).  So, instead of fighting with him all day, my son just knows he is supposed to pick up all his junk before bath time.  I never thought it would work, but it actually does. 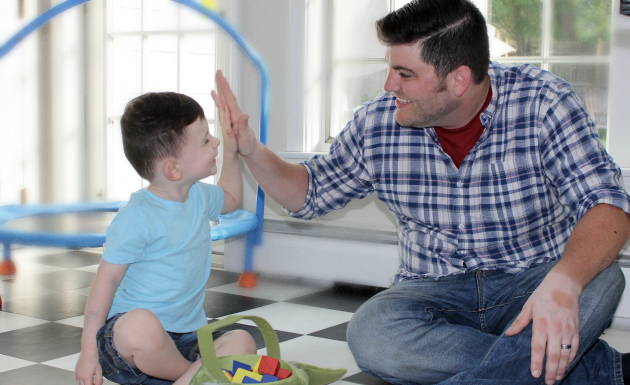 Give Them an Incentive
This is pretty self evident.  Give a kid something they desire, and they’re pretty much putty in your hands until you give it to them.  Incentivizing a clean house is a great tool for toddlers because they not only do the work, but they learn that hard work gives them a good result.


*1000 bonus points to Gryffindor for teaching multiple lessons at the same time!*

Whether it’s a bath, a movie they love, a cupcake, or reading a book – give them something to look forward to while they’re doing the work.  Here’s another thing too, all they want is your approval, so, even a simple high five for a “job well-done” can even be the best incentive for a toddler.

Another great trick I learned is to let them know that clean up time is coming.  Give them a two minute warning, or if they are in the middle of playing with blocks, let them know that they can stack three more blocks before clean up.  Again, we adults are used to moving from task to task on an hourly, if not minute-by-minute basis.  Toddlers don’t have neither the comprehension, nor the patience for that type of task orientation.  They need to be given time to adjust from play to work, and be allowed to soak it in before the activity starts.

Nobody (except a three year old) wants to listen to Puff The Magic Dragon for extended periods of time.  It would drive even the most devoted parent to the edge of their sanity.  But, find music that you can both enjoy and play it loud in the house.  Cleaning may be incentivized, routine, and you might have even warned them it was coming – but if it isn’t fun, kids are going to blow it off within a minute.  For example, every time we clean, I blare “The Imperial March” from Star Wars on my sound system.  Rhys will stomp away to the music, pretend that he’s in a lightsaber fight, or fly through the air like the Millennium Falcon all in the middle of organizing his books.  Sometimes I have to reel him in, but he’s usually very good about it. 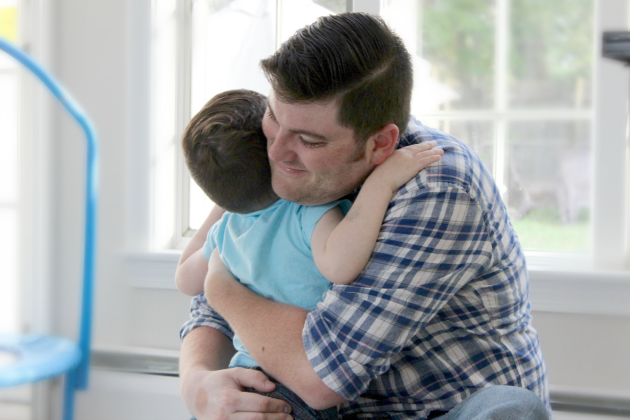 This is a little wishy washy for my taste, but it’s nonetheless true.

If your kid helps out cleaning your house, then tell them they did a good job.  Even if what they did was terrible, or it didn’t meet your standards, tell them how much you love them, how you know they did the best they could and move on.  You don’t have to redo it in front of their faces, because, again,  all they want is your approval.  In other words, if you redo it, or tell them how they messed it up, then it’s really going to crush their spirit.  And listen, if the job does stink and it really bothers you that bad – send them off to do another task and just redo it right there so they don’t see it.

Trust me, I’m NOT one of those parents believe that you get a trophy for participation.

I’m like that guy in the car commercial who writes “Champs” on his kid’s football trophy.  People lose, and people win. That’s reality. But when your kid is just trying to help you out, and shows interest in the daily chores, you have to encourage, and even baby them a tad.

So that’s it! I hope this helped and it lightens the burden of selling your home and keeping it clean with a toddler.  Yes, it can be tough.  And, yes, it is VERY time consuming.  But getting your kid involved in the process can make the maitenance a trifle easier, and I daresay fun at times.

The key phrase here is “at times” – because, let’s be honest, Dante wrote the “Inferno” for a reason and I’d bet my mortgage it was because he had kids and he had to sell his home. He probably just figured there were nine levels of hell instead of maybe one or two because he didn’t get his toddler involved in the clean up.  #LiteraryJokesAreAwesome  #EnglishProfessorWouldBeProud 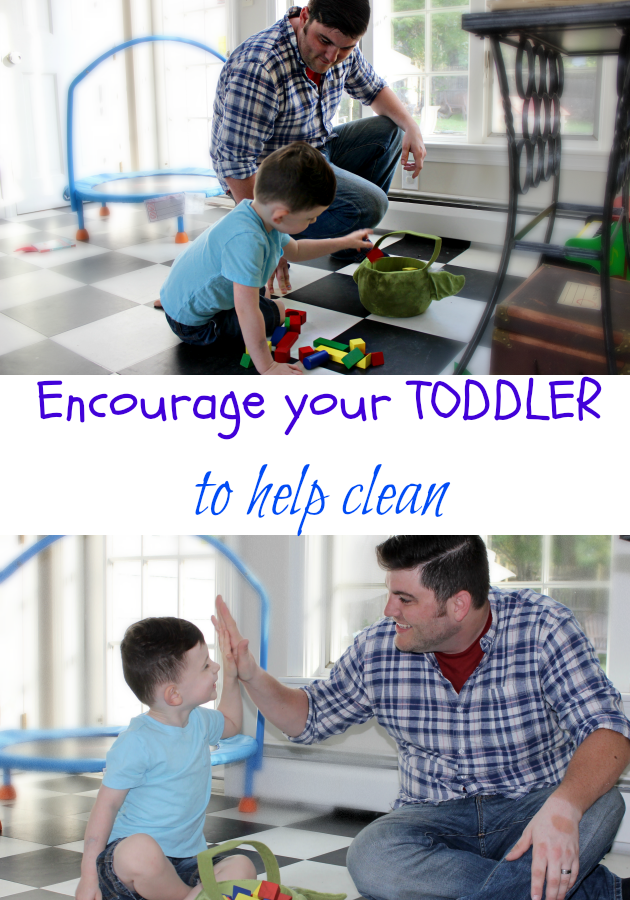 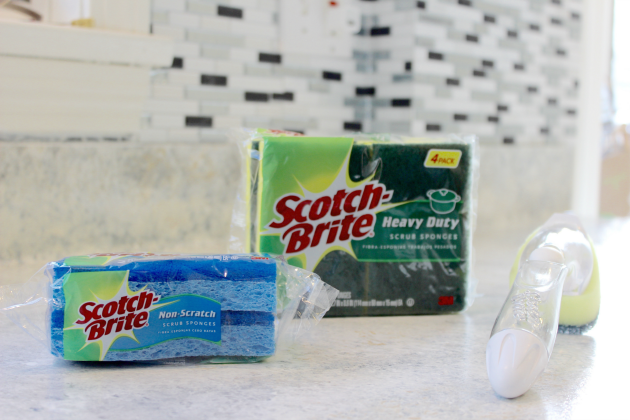 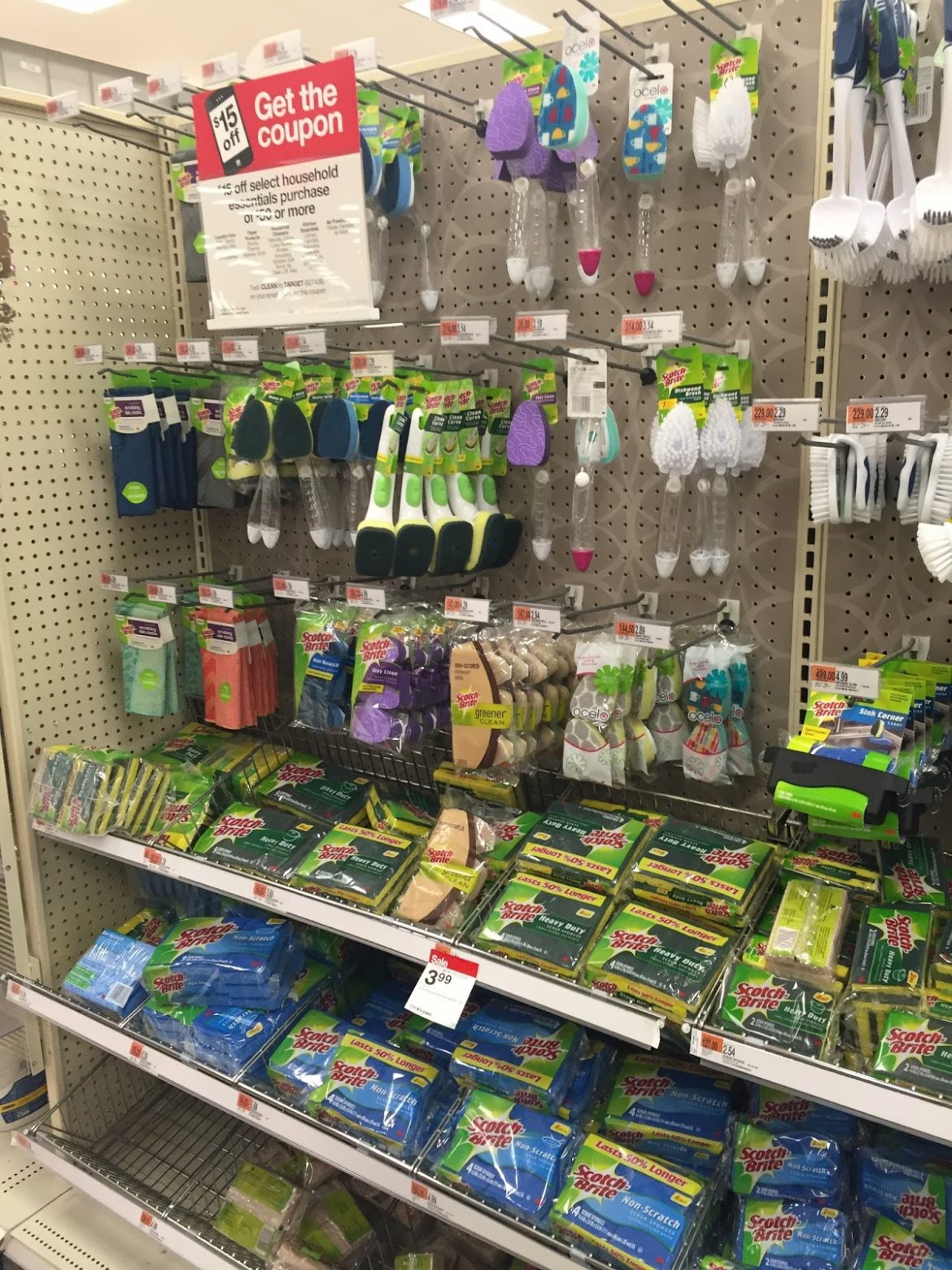 Save now on Scotch-Brite® Scrub Sponges at Target with this Cartwheel offer
And because Target rocks, spend $50 on Household Essentials at Target, get a $15 Target Gift Card from 8/14/16 to 8/20/16

What Have You Done To Involve Your Toddler In Cleaning The House?

1 Comment on DAILY CHORES: HOW TO GET YOUR KID INVOLVED